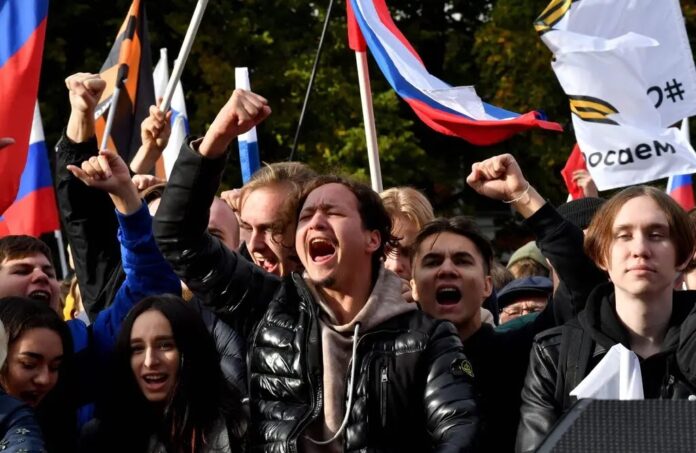 It was gathered that Russian officials at the Southern Federal University (SFedU) in the city of Rostov-on-Don, near the border with Ukraine, have been pressuring African students at the institution to join Vladimir Putin’s forces in fighting in Ukraine’s Donbas region.

Three unidentified students that confirmed the news said officials at SFedU have tried to persuade them into accepting an offer from either the Russian army or the notorious Wagner Group in the last three months – claiming both are willing to pay up to $3,000 and $5,000 respectively to foreigners willing to go to war in Ukraine.

The students said some school officials have warned them that the Russian government may deny them certain privileges, including increasing tuition and canceling scholarships for some international students should they fail to take the offer.

“There are three of them (officials at the school) who’ve been meeting us at our hostel and trying so hard to convince us to fight for Russia.” a student from Nigeria confirmed the news.

“They said we can fight in Ukraine for a short time, make so much money and then return to Russia to continue our education. They have met so many African students and told them that.”

The officials, the Nigerian student said, are familiar faces on campus as they are often seen in offices in the university “wearing staff ID cards and having conversations with other colleagues.”

“They have reminded us a couple of times that there are some Africans already fighting in Ukraine and earning good money,” said the Nigerian student who—like other Africans approached by Russian officials.

“They want us to believe that fighting in Ukraine will benefit us financially.”

It is not only SFedU officials that have been attempting to persuade African students to go to war, according to another Nigerian student at the institution who said personnel from the Russian security formations in Rostov-on-Don have already tried to talk African students into fighting in Ukraine.

“If it’s not the police walking up to [African] students in a park, it’s soldiers approaching us on the streets to convince us to fight in Ukraine,” the second student from Nigeria said.

“It was surprising to hear security officials tell us that we can choose between joining the Russian military or a private military company.”

About 2,500 international students are enrolled in SFedU, the largest scientific and educational center in the south of Russia, with two university campuses located in Rostov-on-Don and in Taganrog.

Many of these students come from Africa, where some governments partner with the Russian Federation to send students to Russia on scholarships.

It is gathered that some cash-trapped students are considering the offer, as many African students continue to struggle financially following the inability of their governments to pay their monthly scholarship stipends.