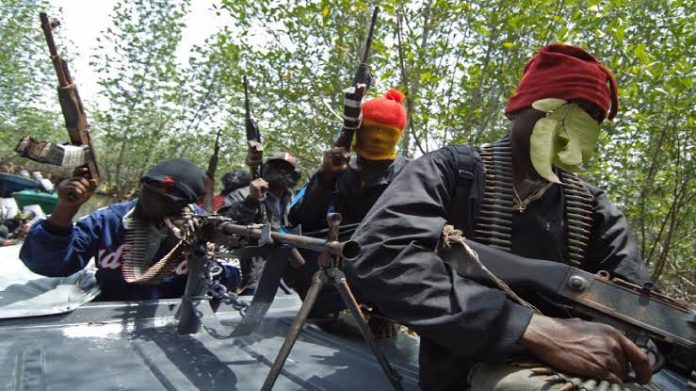 It was gathered that gunmen shot three policemen to death on Thursday along the Rumuokoro area, in the Obio/Akpor Local Government Area of Rivers State.

The three policemen believed to be on escort duty when the gunmen shot them dead and kidnapped the Managing Director, Igpes Group Oil and Gas, a company based in Port Harcourt.

A source with name undisclosed refused to disclose the identity of the kidnapped victim for security reasons.

The policemen were riding in a Hilux vehicle escorting the company’s boss to a destination in the state when the gunmen intercepted them.

Following the interception, the gunmen shot the policemen who attempted to stop them from achieving their aim.

The operation has thus created tension that sent shivers down the spine of residents and business owners who ran helter-skelter to keep safe.

The PPRO said, “Yes, it is true that three policemen were killed. It is very unfortunate. They were providing escort for the oil company workers when the incident happened.

“But we are on it and an investigation has been launched immediately into the incident with a view to apprehend the suspects.”

At the crime scene, the policemen were said to be lying motionless in a pool of blood, with bullets on the floor.