Emmanuel's Blog
Home Royal Family The Queen’s Very Strict Rule For Her Grandchildren Revealed – And You... 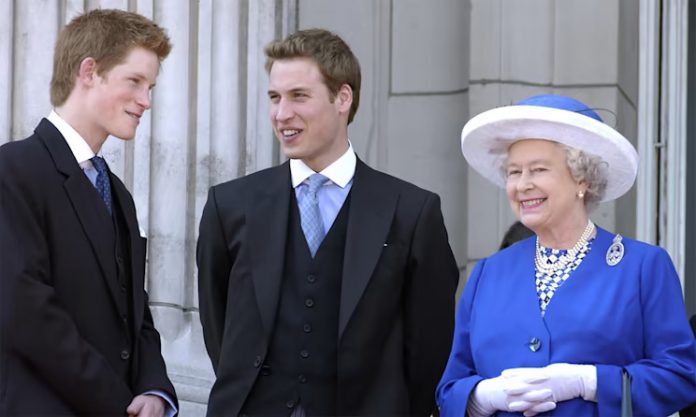 Quoting from his new book, Elizabeth: An Intimate Portrait by Gyles Brandreth, set to be published in December, the royal confidant reported to the MailOnline that not only did the Queen have her own mobile phone, but that she did not, under any circumstances, allow the young royals to bring their mobile phone devices to the dinner table.

In the article, he explained: “She had her own mobile phone, and obliging grandchildren ready to show her how it worked. She understood ‘texting’, though was rather defeated by ‘apps’. And she did not allow her grandchildren to bring their ‘devices’ to the dining table, under any circumstances.”

Despite her strict rules behind closed doors, the late Queen was known for having a very special relationship with her grandchildren and in one sweet moment in 2006 made Prince William break his composure whilst standing during at the Sovereign’s Parade at The Royal Military Academy in Camberley.

In a series of unearthed photos, the Prince of Wales was seen with a pursed-lipped smile on his face as the Queen passed by him.

The fellow cadets had stern looks of composure on their faces, meaning William’s emotion stood out even more. We wonder what Her Majesty, known for the great sense of humour, said to make William break a smile.

The monarch too, had a grin on her face, clearly knowing exactly what she was doing. William was 34 at the time, and he paraded alongside 227 other cadets, wearing a black uniform with red sash.

His then-girlfriend, now-wife, Princess Kate was sat in the audience to watch William’s graduation.