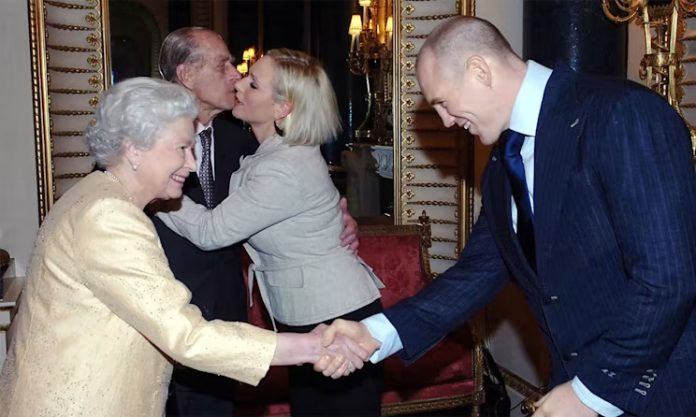 Whilst taking part in a grueling trial named “Fallen stars,” the husband of Zara Tindall, 44, revealed that Her Majesty had the largest collection of pigeons, which he shared after he failed to correctly answer what the correct name for somebody who breeds pigeons is, during the task.

When presenter Ant McPartlin asked the question, the rugby star replied: “I have a friend at home who will be screaming at the TV.” To which Matt jested: “Yeah and you’ve got a partner here screaming at you.”

Mike added: “The worst thing is, the Queen has the largest collection of pigeons, and I didn’t pick that up!”

Ant happily chimed in on the blunder: “If only you were paying attention Mike!”

The grueling task saw Mike have to answer questions correctly or be dunked in miscellaneous liquid whilst his campmate Matt Hancock retrieved stars from cages filled with corresponding jungle creatures.

On Thursday’s show, the father-of-three made another revelation about the royals and finally chatted about Prince Harry, Zara’s cousin.

Fellow campmate Owen Warner quizzed the royal on first meeting his doting wife and asked him if he felt any pressure that’s when the Prince’s name was brought up.

Owen asked: “Did you feel a bit of pressure? If I was chatting to a girl and then found out she was royalty I’d be nervous.”

Mike said: “No because we were friends first and then William and Harry were massive England fans at the time, so we’d met them numerous times. Met more of the family than you’d normally have met of the woman you start dating.”

He said he knew that Zara was a royal right away because he was familiar with her mother Princess Anne, as she is the patron of Scottish Rugby.