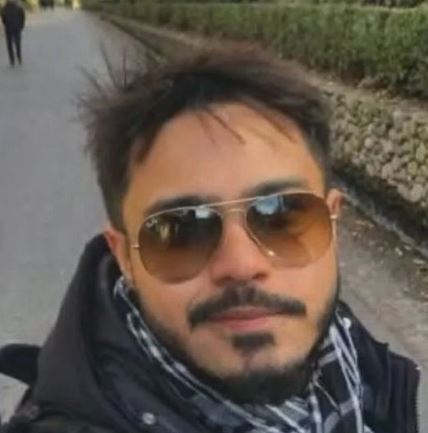 He fell from a rock overlooking Joatinga Beach in Rio de Janeiro on the afternoon of Thursday, November 10.

A 33-year-old logistics analyst who was trying to take a selfie on a cliff that overlooks a Brazilian beach fell almost 40ft to his death.

Dias was trying to take a selfie when he fell and hit his head on another rock below.

Firefighters were dispatched to the scene, but Dias was already dead when they arrived. They had to use a helicopter to remove his body from the spot.

His mother, 60-year-old Luiza Rodrigues, told local media: “In the morning he had signed a contract with a company he wanted to work for. So he went out with a friend to have a little celebration on the beach.

“I talked to him, asked where he was. He replied that he was on the beach. But I don’t know why he decided to climb that high rock.”

Dias was a graduate of the Federal University of Rio de Janeiro and had two post-graduate qualifications.

Luiza told local media: “He was an only child, he studied, he had a whole life ahead of him.”

He was buried in the Caju neighbourhood on Saturday (November 12).

His father, Jonas Dias, said: “He died before me, and I don’t accept that. I think that every son has to bury his father, and not the father buries his son. It was a tragedy.”

Rio de Janeiro Fire Department spokesman Fabio Contreiras said: “We always have to be safe, never get close to the edge of the rocks, ask someone to take a picture, if necessary.”