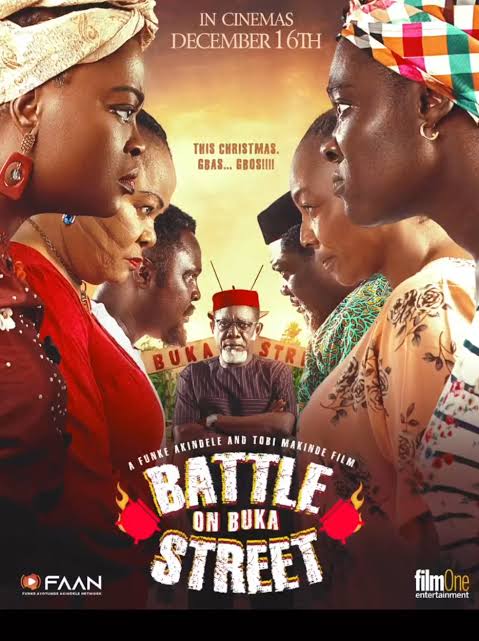 The trailer for Funke Akindele’s ‘Battle on Buka Street’ is out.

As seen in the trailer, the two women fight over who would be declared the best local food seller in the Otanwa community and tagged the ‘King of Buka Streets’.

Despite its obvious comedic disposition, the movie also explores serious thematic issues, as the trailer hints at some family drama, as the father has been accused of murder.

The movie is to be released in cinemas on the 16th of December, 2022, no doubt scheduled to meet the audience frenzy in cinemas during the year-end period.

‘Battle on Buka Street’ is notably the third directorial endeavor for Funke Akindele since EbonyLife’s ‘Your Excellency’ and the record breaking ‘Omo Ghetto: The Saga.’