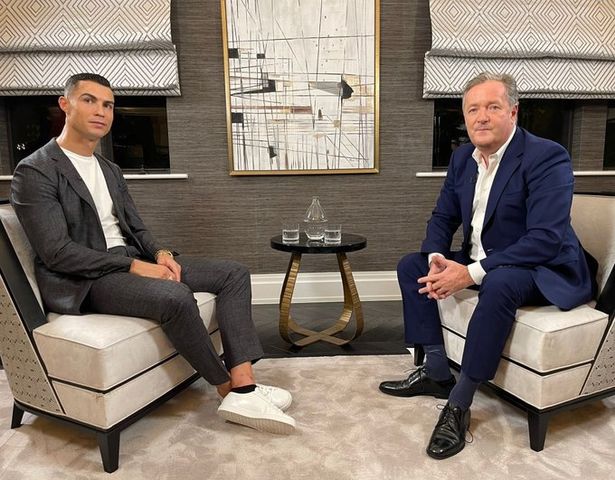 Manchester United legend, Wayne Rooney has said he is ‘not surprised that Cristiano Ronaldo was sacked by the club and believes the club had ‘no other choice’ than to let him go.

Ronaldo’s exit from Old Trafford was finally confirmed on Tuesday night November 23, after his bombshell interview with Piers Morgan, in which he slammed the club, its owners, his manager, and his teammates.

United released a statement announcing his exit, with the player not expected to receive any compensation for the remainder of the seven months on his contract – which was worth £ 500,000 a week.

Rooney – who played in attack alongside Ronaldo for five years, admitted that Ronaldo had been a ‘fantastic servant’ to the club but added that United had little choice other than to show him the door.

‘There was no other choice but that’s a shame because he’s been a fantastic servant to the club.

‘I wish him the best wherever he goes.’

Rooney was one of the big names who criticized Ronaldo after he walked out of Old Trafford during United’s 2-0 win over Tottenham last month, claiming his behaviour was ‘unacceptable’.

‘I just think the things he has done from the start of the season, it is not acceptable for Manchester United,’ he told TalkSport.

‘If he does that, he will be an asset. If he doesn’t, it will become an unwanted distraction.’

Ronaldo had fired back at Rooney for his comments during his lengthy two-part interview with Morgan.

‘I don’t know why he criticises me so badly,’ he said. ‘Probably because he finished his career and I’m still playing at a high level.

‘I’m not going to say that I’m looking better than him. Which is true…’