Emmanuel's Blog
Home Politics What would happen if the entire world launched nukes at the US... 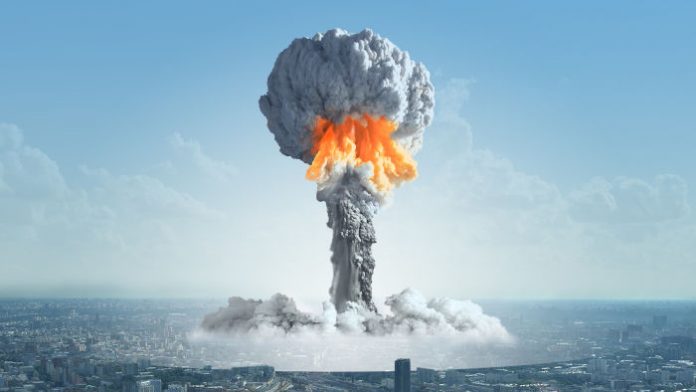 Daniel Holland in one of the most expressive thoughts shed lights on things that would happen if the United States is nuked globally at the same time.

Launches will be confirmed and verified.

The President is notified. Missile silos that remain are put on alert. The US military moves to DEFCON 2.

The entirety of the United States diplomatic abilities reach out to the nations that launched in a desperate effort to ascertain what the hell is going on.

US Navy ships attempt to interdict some of the missiles. There will be some successes but the overwhelming majority will get through the scattered efforts of the Navy.

Civil defense is activated for the first time since the Cold War. Citizens are instructed to evacuate. Even at that, most will not escape their cities.

The US Air Force and Air National Guard scramble any possible assets in the vain hope of improvising missile defense with conventional AA missiles.

The US Army, Air Force, Navy, Marine Corps and Coast Guard as well as the National Guard, Air National Guard, and Naval Militia attempt to scramble and empty their bases.

The President orders the United States to DEFCON 1. Flash traffic is sent to all silos, nuclear-capable bombers, and US Navy Submarines to launch their missiles.

Within an hour, 95% of cities around the world with a population of 500,000 or higher will cease to exist.

Fires rage across continents in their place, the human race will be reduced to barbarism, at least for a short time.