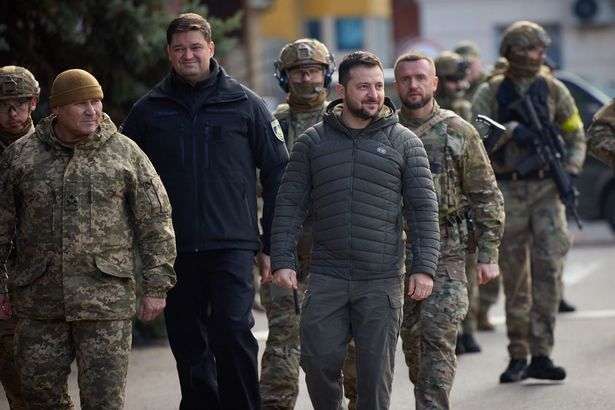 Ukrainian President Volodymyr Zelensky has triumphantly walked the streets of the newly liberated city of Kherson, hailing Russia’s withdrawal as the “beginning of the end of the war”, but also acknowledging the heavy price his troops are paying in their grinding effort to push back the invaders.

The retaking of Kherson was one of Ukraine’s biggest successes in the nearly nine-month-old war, dealing another stinging blow to the Kremlin. It could serve as a springboard for more advances into Russian-occupied territory.

US President Joe Biden called it a “significant victory” for Ukraine. Biden, after meeting with China’s President Xi Jinping on the sidelines of the G20 summit in Bali, told reporters the two had discussed Russia’s war in Ukraine.

Large parts of eastern and southern Ukraine are still under Russian control, and the city of Kherson itself remains within reach of Moscow’s shells and missiles. Heavy fighting continued elsewhere in Ukraine. Russia’s state news agency RIA Novosti reported the town of Oleshky, in Russian-held territory across the Dnipro River from Kherson, came under heavy artillery fire.

Zelensky awarded medals to soldiers in Kherson and posed with them for selfies while striking a defiant note.

“This is the beginning of the end of the war,” he said. “We are step-by-step coming to all the temporarily occupied territories.”

But he also grimly noted the fighting “took the best heroes of our country”.