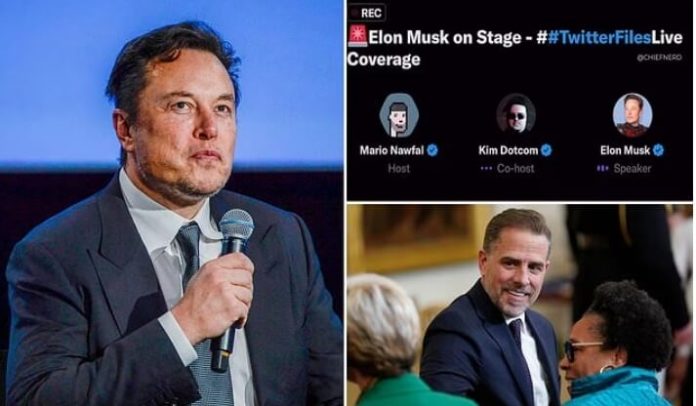 Elon Musk claimed that Twitter’s censorship of the Hunter Biden laptop scandal was tantamount to interference in the 2020 election.

“If Twitter is doing one team’s bidding before an election shutting down dissenting voices on a pivotal election that is the definition of election interference,” said Musk.

“Frankly Twitter was acting like an arm of the Democratic National Committee, it was absurd,” Musk added.

Musk also claimed Apple had ‘fully resumed’ advertising on Twitter following a pullback, and said that he banned Kanye West for ‘incitement to violence’ for a tweet displaying a Nazi swastika.

Let it be reported that the billionaire has been highly critical of prior management at the company he purchased five weeks ago.

Much of the conversation was devoted to the so-called ‘Twitter Files,’ a selection of internal documents released by journalist Matt Taibbi on Friday night.

Musk said in the chat on Saturday that in addition to Taibbi, he had given the files to Bari Weiss.