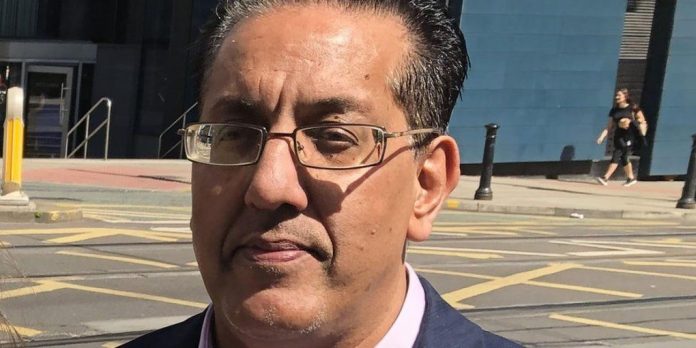 A top UK lawyer, Nazir Afzal has said that Lady Susan Hussey also questioned him about his heritage at the same event where she asked a black charity boss if she came from Africa.

The former chief crown prosecutor for the North West was at Buckingham Palace this week with Ngozi Fulani when she was questioned about her ethnicity by Lady Hussey.

SaharaReporters had also reported that the Buckingham Palace aide, Lady Hussey resigned on Wednesday amid controversy over what were described as “unacceptable and deeply regrettable comments” made to a Black charity leader at the Queen Consort’s reception.

It was gathered that the founder of Britain’s leading domestic abuse charity for Black women, Fulani, said she was left “traumatized” after she was asked racially offensive questions about her heritage at the event.

Mr Afzal who also said he had a similar experience, narrated on Twitter, “I was at the Buckingham Palace reception at which Lady Hussey questioned the heritage of a brilliant DV expert Ngozi Fulani. She only asked me my heritage once & seemed to accept my answer – Manchester currently!”

Ngozi Fulani stated that neither the King, Queen Consort, nor Prince William contacted her to apologize. But she said she would be ‘pleased’ to accept the Royal Family’s invitation to meet to discuss what happened when Lady Susan Hussey refused to believe she was British and asked her ‘about 7 or 8 times’: ‘Where are you really from?’

‘I was stood next to two other women – black women – and she (Lady Susan) just made a beeline for me, and she took my locks and moved it out of the way so that she could see my name badge,’ she said of the ‘interrogation.’ That is not acceptable. I wouldn’t put my hands in someone’s hair, and it’s not culturally acceptable.’

Lady Hussey’s swift departure from the royal household has already overshadowed the Prince and Princess of Wales’ three-day visit to the US – viewed as their most important ever.

“I don’t know where that has come from. Nobody has reached out to me or the charity. I’m telling you categorically – we have not heard from the palace,” she disclosed.