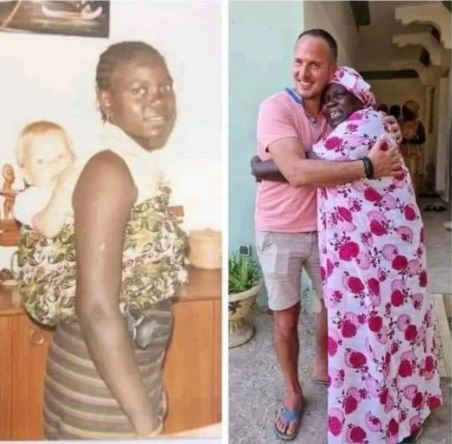 After his father’s retirement, the family left Ivory Coast and went back to France, and lost touch with the nanny.

38 years later, the man decided to take a trip to Ivory Coast, in search of the woman who cared for him. Fortunately, he found her and their reunion was celebrated with a picture.

The picture was posted alongside an old picture taken years ago of the nanny carrying the French man on her back when he was an infant.

After their reunion, the French man gave her some money and also placed her on a monthly allowance.