Home Science and Technology Apple plans to LEAVE China as COVID protests delay production of its... 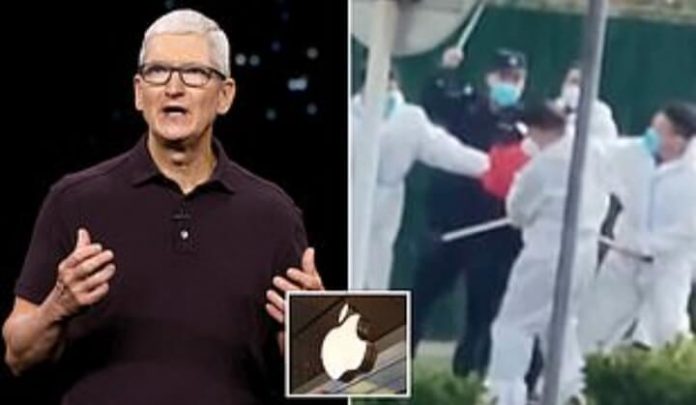 In recent weeks, Apple has accelerated plans to move its productions outside Zhengzhou, China – where iPhone City is located.

Also, COVID-19 protests and wage disputes have broken out in the city, leaving Apple’s busiest time of year in shambles with production and delivery delays.

This means consumers are facing the longest wait times in the iPhone’s 15-year history with estimated ship dates being after Christmas.

In addition, Apple’s fourth quarter productions are around 10million less than expected, with iPhone Pro and Pro Max being hit the hardest

Apple is hoping, long-term, to ship up to 45 percent from India, which currently only does single digits, and Vietnam could handle AirPods and laptops.

In November, the company issued a notice that iPhone backups could happen due to the health restrictions in Zhengzhou. It is now eyeing India and Vietnam to reduce its dependency on Taiwanese-based assemblers led by Foxconn Technology Group.

However, the countries could propose an issue for new production introduction as it does not have the amount of production engineers and suppliers to build hundreds of millions of products like China does.

At a time like this, Apple no longer feels comfortable having the majority of its business locked in one place.

“In the past, people didn’t pay attention to concentration risks,” former US executive for Foxconn, Alan Yeung said. ‘Free trade was the norm and things were very predictable. Now we’ve entered a new world.”

However, the company could still maintain a large presence in China – Vietnam could be largely handling the production AirPods, smartwatches and laptops, WSJ reported.

Daughter of No. 2 House Democrat arrested during clash with Boston cops