Emmanuel's Blog
Home Lifestyle Health “It is the worst pain in the world… please just pray for... 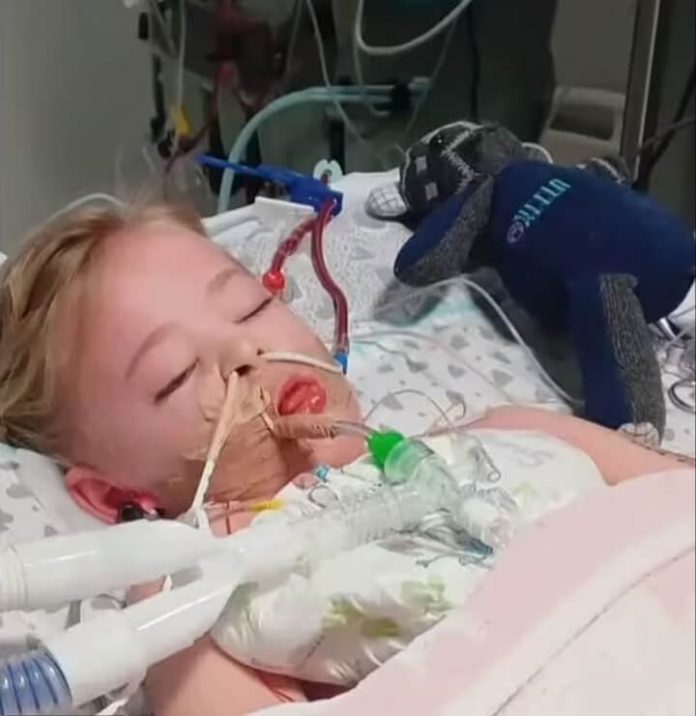 Six children have now died of Strep A this winter, health bosses confirmed yesterday, as the killer bug sweeps Britain.

Cases of the infection — which is usually harmless — are nearly five times higher among infants than before Covid struck. Leading experts are with fears the toll will only get worse in the coming weeks.

The worried father of ‘the poorliest girl in England’ has described his four-year-old daughter’s Strep A infection as ‘the worst thing that can happen to anyone’.

Little Camila Rose Burns was seen dancing on Friday evening with friends but by Monday fighting for her life on a ventilator at Alder Hey Children’s Hospital in Liverpool.

Her father, Dean Burns, said her condition rapidly deteriorated last weekend, from feeling ‘a little under the weather’ on Saturday, worse still on Sunday and requiring emergency care by Monday.

Mr Burns said: “When we got here Monday, they said she’s the poorliest girl in the whole of England… she’s basically not the same girl any more. It’s heartbreaking.

During a visit to see Camila, Mr Burns said she initially ‘didn’t look too bad’, which gave him some hope. But within a short period of time, Camila ‘completely changed’.

“She was restless. We shouted some nurses down, and we had to leave the room, they put her to sleep, and she’s been on a ventilator ever since, keeping her alive,” he added.

“It’s the worst thing that can ever happen to anybody.

Now, the ‘special little’ four-year-old is in the fight for her life. Mr Burns said he’s told her how much everyone loves her, and said everyone is hoping for a miracle.

A sickness bug had been going around her school, but Camila was sent home from the hospital as her condition did not appear serious.

But when Mr and Mrs Burns checked on their daughter at 3AM on Monday morning, they found her lying in black vomit and rushed her straight into hospital.

So far, only two of the victims have been named. Muhammad Ibrahim Ali, four, is one of five to have succumbed to the virus in England.

Hannah Roap is the only child to have died from Strep A in Wales during this year’s outbreak so far. The seven-year-old’s devastated parents told how their ‘hearts had broken into a million pieces’.

The common bug — spread in the same way as Covid, through close contact such as sneezing, kissing and touching —can cause scarlet fever, tonsillitis and impetigo.

”’I owe those nurses and doctors everything, they saved her life but she is still clinging on for it.”

Pleading to other parents, Mr Burns said: ‘If your child has any symptoms at all don’t hesitate, get your little boy or girl and just go into hospital right away.”

UK: Paedophile drag queen is found dead after disappearing on a night out with friends