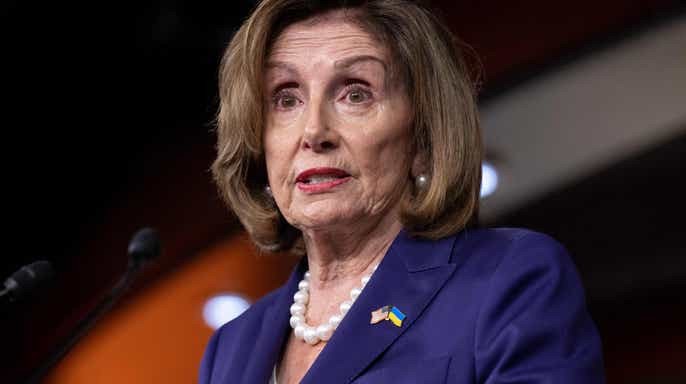 The US House speaker, Nancy Pelosi, in her first public appearance since the brutal attack on her husband has rallied grassroots activists, saying the upcoming midterm elections are a fight for democracy.

“It’s going to be a long haul,” her voice cracked at times as she said of her husband’s recovery.

Pelosi thanked those on the call for the outpouring of support for Paul Pelosi, who suffered a fractured skull and other injuries after an intruder broke into their San Francisco home late last week and bludgeoned him with a hammer in what authorities say was an intentional and political attack.

The Democratic leader spoke from California, where her husband was released from the hospital late on Thursday.

“What we are doing is not only to win an election, but this is to strengthen our democracy … there is no question that our democracy is on the ballot,” Pelosi said, referring to Tuesday’s midterm elections that will decide which party controls the US Congress.

DePape’s public defender, Adam Lipson, entered a not guilty plea on his behalf earlier this week and has pledged to vigorously defend him.

Pelosi wore a black hat over his head and a glove on his left hand. He and Speaker Pelosi were seated next to Vice President Kamala Harris and Second Gentleman Doug Emhoff, who have the speaker a kiss on the cheek.

At one point, Paul Pelosi could be seen smiling and pointing toward the president, who smiled and gestured back. Kennedy Center Chairman David Rubenstein, during the taping of the show, pointed out Pelosi to the crowd.

The audience – made up of lawmakers, donors to the Kennedy Center, and bold-faced political names – gave him a standing ovation. Paul Pelosi waved to the crowd.

He chose to make his reappearance to public life at the taping of the 45th Kennedy Center Honors, which will air on CBS on December 28.