Emmanuel's Blog
Home Royal Family Nothing Will Be The Same After Harry And Meghan’s Netflix Show –... 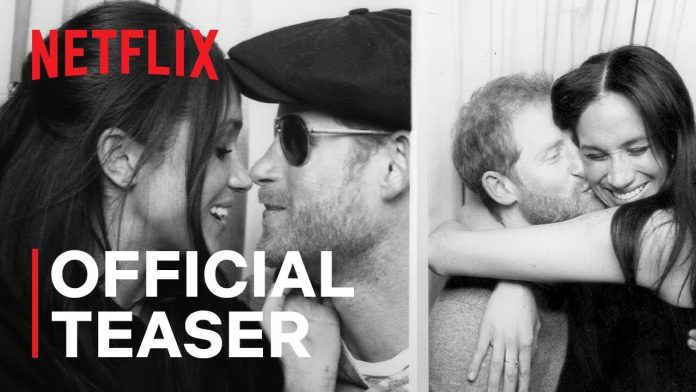 A description of the six-episode series, made in collaboration with the royal couple’s production company Archewell Productions, promises to “share the other side of their high-profile love story.”

“No one sees what’s happening behind closed doors,” Prince Harry says in the footage, later adding, “I had to do whatever I could to protect my family.”

“When the stakes are this high, doesn’t it make more sense to hear our story from us?” Markle asks.

We’ll get emotional moments as well. The teaser trailer shares multiple photos and private polaroids of the couple before giving a glimpse of Markle wiping away tears on a couch with her husband.

“The series explores the clandestine days of their early courtship and the challenges that led to them feeling forced to step back from their full-time roles in the institution,” the description for Harry & Meghan reads. “With commentary from friends and family, most of whom have never spoken publicly before about what they witnessed, and historians who discuss the state of the British Commonwealth today and the royal family’s relationship with the press, the series does more than illuminate one couple’s love story — it paints a picture of our world and how we treat each other.”

The series does not yet have a premiere date.

Markle previously spoke about the special. “It’s nice to be able to trust someone with our story — a seasoned director whose work I’ve long admired — even if it means it may not be the way we would have told it,” she said in a Variety interview published in October. “But that’s not why we’re telling it. We’re trusting our story to someone else, and that means it will go through their lens.”

She then told The Cut in an August interview, “What’s so funny is I’m not trying to be cagey. I don’t read any press. So I don’t know what’s confirmed.”