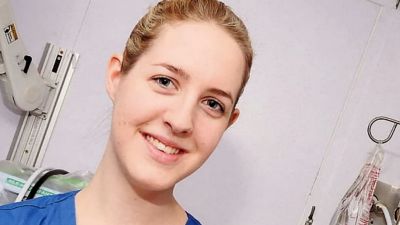 A neonatal nurse who murdered a baby barely 24 hours earlier, returns to kill his twin brother by poisoning. The nurse, Lucy Letby poisoned the baby by injecting two bags of feed with insulin into his system.

Nurse Letby was arrested, and is currently undergoing investigations and has been arraigned in court for the hearing. Nurse Letby has denied being responsible for the death of five baby boys and two baby girls in the Countess of Chester Hospital over a year ago.

The charges against her include the attempted murder of ten children who were born and treated in the hospital. Her acts of feeding excessive amount of milk to one child and injecting the child with air has left the child severely disabled.

The current case however, is that of her trying to kill a baby whose twin she murdered 24 hours ago, and a baby girl who was born weighing just a little over 1lb three times in one month.

The 32 year old nurse tried to kill the baby girl, referred to as baby G, on the 7th of September 2015, which was the day after baby G passed a ‘significant date’. Other nurses had put up cakes and banner to celebrate the baby girl, however early the next morning, baby G collapsed and vomited forcefully.

She was moved to a different hospital the next day, but was returned to Countess of Chester hospital after a week. At this point, nurse Letby tried to kill her two more times in one shift.

In the same light, another baby, referred to as baby F faced an attack from nurse Letby barely 24 hours after she murdered his twin, baby E. Baby E was found bleeding from his mouth and acutely distressed in his cot on the 3rd or August 2015.

She would then attempt to kill baby F by injecting insulin into his nutrition bag the next day. Following her actions, the nurse took up an unusual interest in the parents of the twins, mostly searching them up on different occasions.

She has been charged with the murder of seven babies, and the attempted murder of 10 more infants by injecting insulin, milk or air into their bodies. She has denied all charges and is being supported by her parents. Her trial continues.

Half Moon Bay shooter may have been triggered to kill 7 people by $100 farming repair bill, DA says