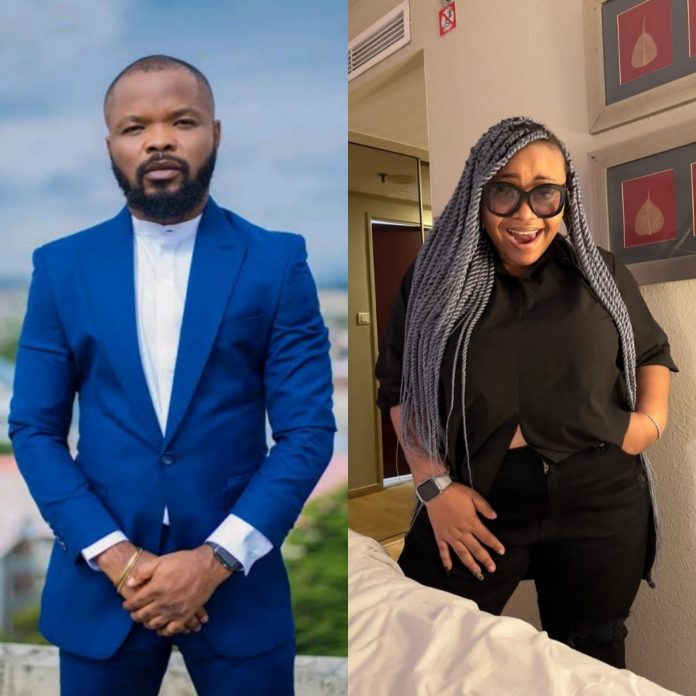 Uzoamaka Ohiri, the enstranged wife of comedian and talk show host, Chinedu Ani, a.k.a Nedu, has taken to Instagram to shade him.

Nedu during his FranklySpeaking podcast disclosed that the incident took place in Transcorp Hilton Hotel, Abuja, where he bumped into two famous influencers having intercourse with his rich friend.

He went on to also mention a BBN girl which got everyone curious.

According to him, his friend paid a lady N3M to talk with him and gave her $15,000 after sleeping with her.

He however refused to disclose the identity of the girls while stating that he respects them.

In reaction to this, Uzoamaka took to her Instagram page to share ravishing photos of herself to shade the media personality.

She shared new photos of herself and wrote in the caption: ‘I made sure the door was locked… trust me!’

Nedu also alleged in the same interview that he knows two popular men who are paid N8 million and N15 million to have gay sex with rich men.