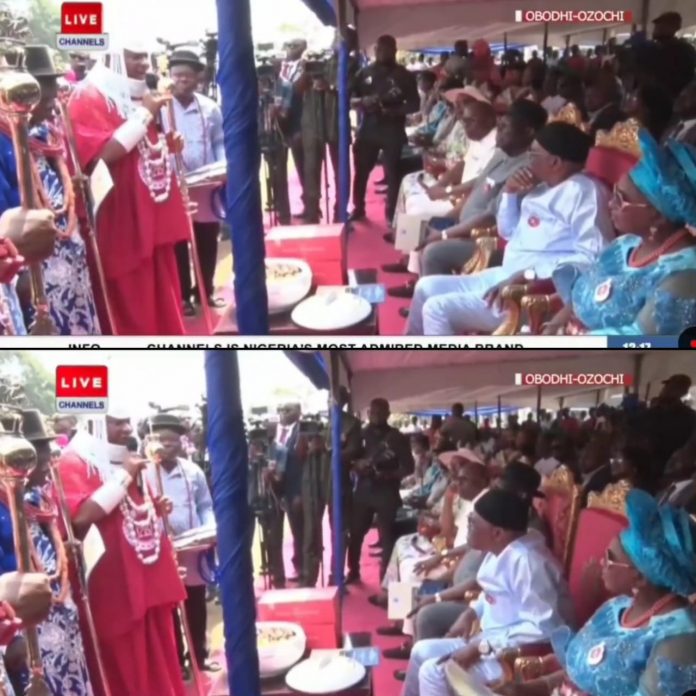 A video of a traditional ruler in Rivers state sharing an interesting story of how a lady put to bed after shouting” The God of Nyesom Wike” thrice, has made the rounds on social media.

Governor Wike and his entourage had gone to the Ahoda community for a function. While receiving the governor, the royal father in his speech said a pregnant lady had gone to the hospital yesterday night to have her baby but found it difficult to put it to bed.

According to the monarch, the nurses in the hospital were discussing and they mentioned that Governor Wike had been billed to visit their community today, January 11.

The monarch said on hearing the governor’s name, the pregnant woman began to shout “The God of Nyesom Wike Let me deliver safely”.

He said she shouted these three times and then she gave birth safely.  According to him, the family of the woman has asked to name their baby boy after the governor.