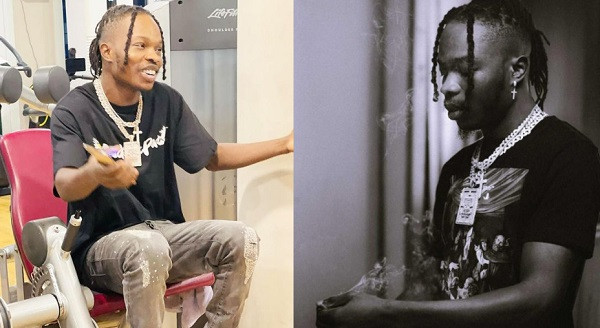 Singer, Naira Marley has shared a message from a follower who indicated interest in fulfilling his fantasy of having s3x with a mother and her daughter.

Recall that Naira Marley’s disclosure of his fantasy had drawn criticism even from his colleagues in the entertainment industry.

Serving an update after defending himself from the backlash he faced, Marley shared screenshot of a message from a 21-year-old girl who said that she has a 40-year-old mother who’s interested.

The lady however disclosed that her mother said she won’t participate, but will stay to watch them have sex in her bedroom. 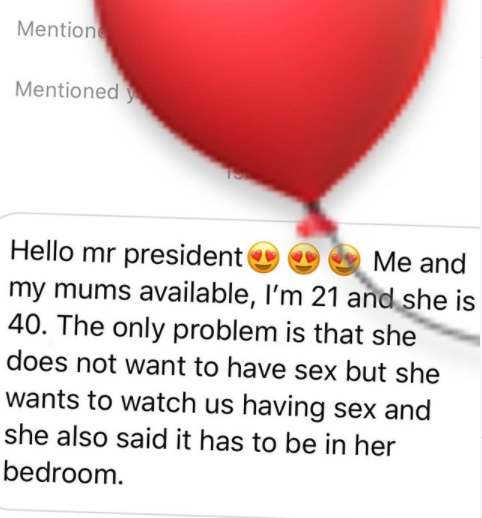 Responding to this, Naira Marley expressed hope of the girl’s mother joining them and also questioned why it must be her bedroom.

I’m sure she will join us… because her body will move naaa haaaa.. okay but why her bedroom? Maybe that’s d boom boom room 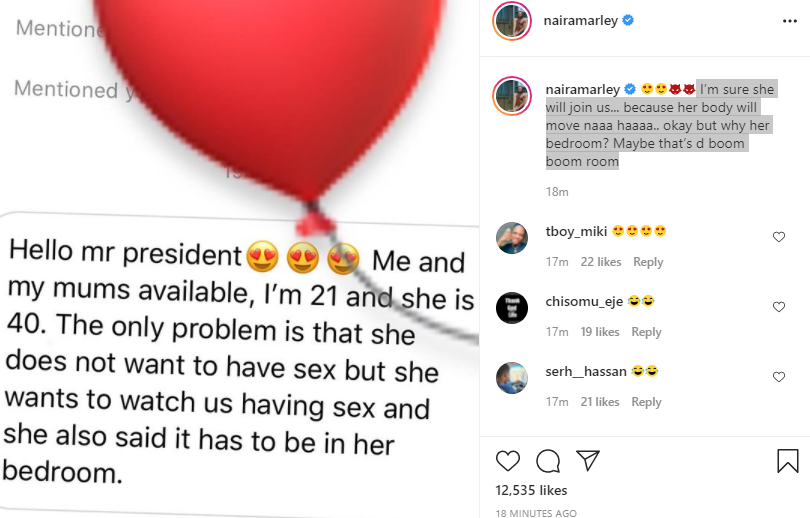 Yemi Alade Drags Followers Who Tried To Dictate To Her