Emmanuel's Blog
Home Blog Who are in Prince Harry and Meghan’s Close Circle of California Friends? 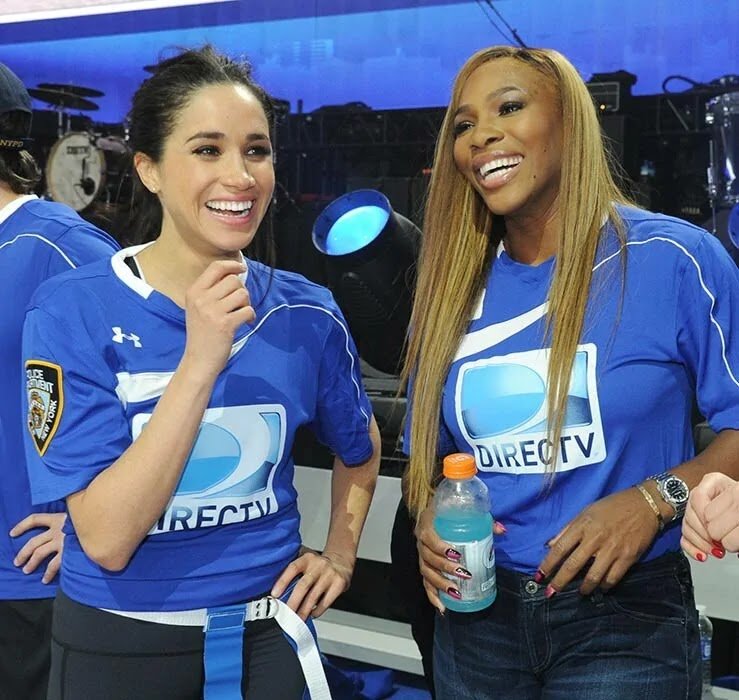 Since stepping back from royal life, the Duke and Duchess of Sussex have happily settled in the US. They moved into their £11million mansion in Montecito, Santa Barbara, last summer.who has made it into the couple’s new Stateside inner circle?

Tennis pro Serena Williams first crossed paths with Meghan back in 2014 at a charity football match. “We hit it off immediately, taking pictures, laughing and chatting—not about tennis or acting, but about good old-fashioned girly stuff. So began our friendship…

“She quickly became a confidante I would text when I was travelling, the friend I would rally around for her tennis matches, and the down-to-earth chick I was able to grab lunch with a couple of weeks ago in Toronto,” Meghan previously wrote on her now-defunct lifestyle website The Tig. 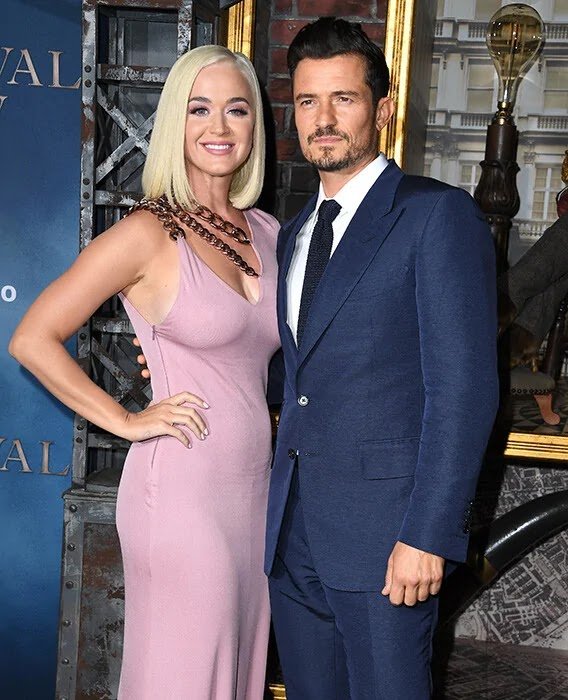 The American singer and the British actor bought a property in Santa Barbara last year, making them some of Harry and Meghan’s newest neighbours.

Speaking on Dax Shepard’s Armchair Expert podcast in May, Harry opened up about paparazzi attention and how his new life in Montecito has allowed him more privacy.

“Having moved, has it got better?” Dax asked the royal. “Yeah, way better,” Harry said, before adding: “Just two days ago Orlando Bloom sent me a message because he’s down the road and we sort of keep in contact because of the paparazzi.” 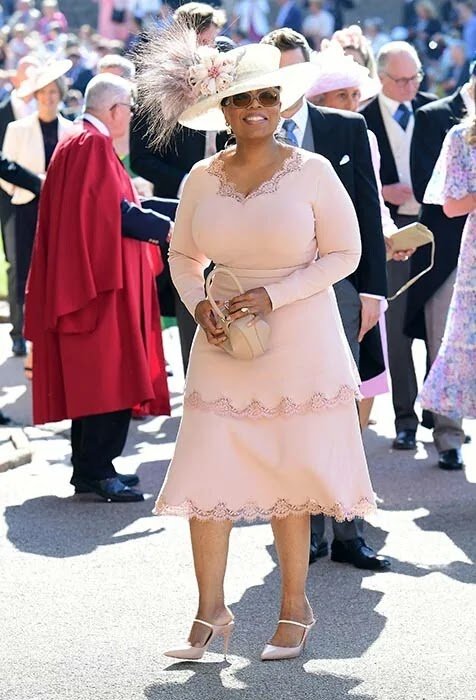 Oprah is a firm member of Meghan and Harry’s ‘squad’ – they gave their first tell-all interview to the chat show host after leaving royal life behind, plus their son Archie is a member of her book club, too.

Media mogul Oprah was a guest at the royal wedding, although she sadly couldn’t make Meghan’s New York baby shower. 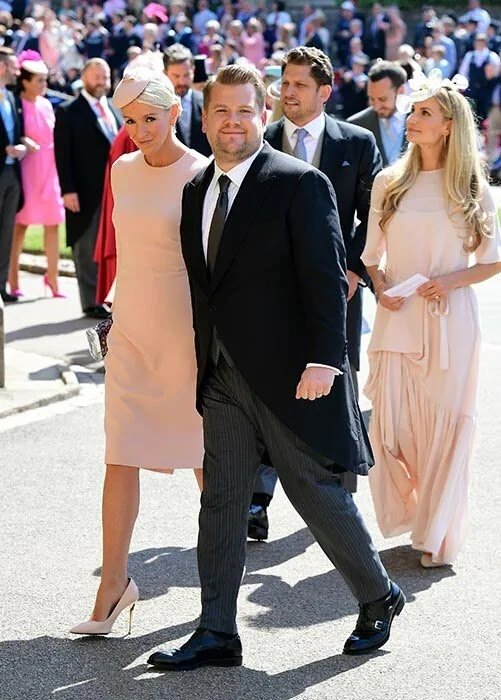 James Corden is said to have been friends with Harry for years, hence his invitation to the royal wedding and more exclusive night time reception. He now lives in Brentwood, LA, with his family after landing The Late Late Show, and will no doubt be a friendly face for Harry to see when he’s able to explore the city more. 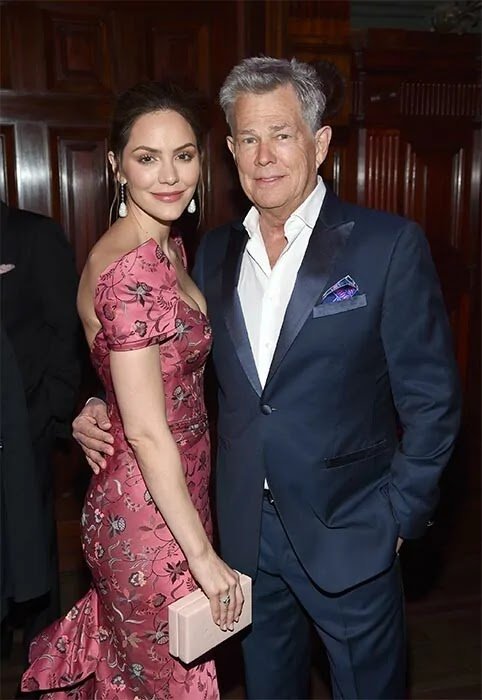 Meghan and fellow actress Katharine grew up and performed in musicals together when they were kids.

And earlier this year, Katharine spoke about her husband’s relationship with the Prince, revealing they were “like father and son”.

In an interview with Access Hollywood, she said: “My husband has a really, really beautiful relationship with Harry. They’re like, they’re so cute. They’re like father and son.” 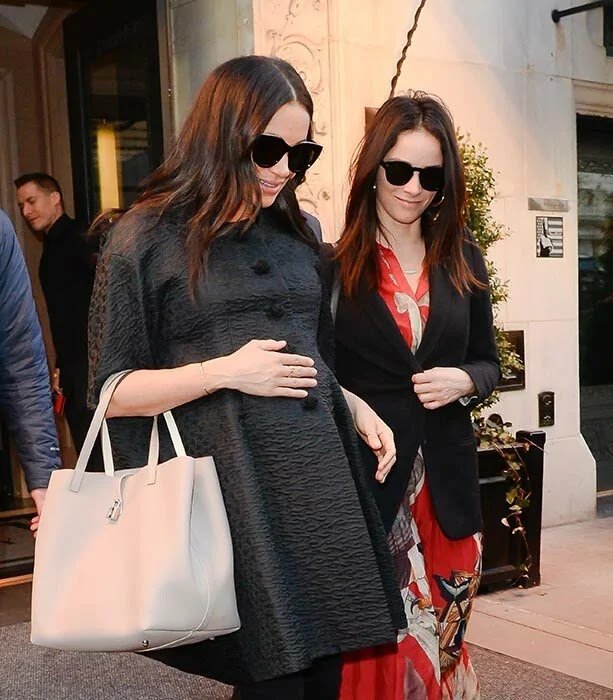 Abigail Spencer starred with Meghan on Suits, but they were friends long before the hit TV show. “I saw her and was like, ‘Who is this gorgeous girl?’ She was just so stunning and there was just something about her, and that’s how we met,” Abigail previously told ET.

The actress was also a guest at the royal wedding and helped throw Meghan her New York baby shower. She was even spotted hiking with Meghan and Harry near Vancouver Island during their six-week Christmas break in 2019. 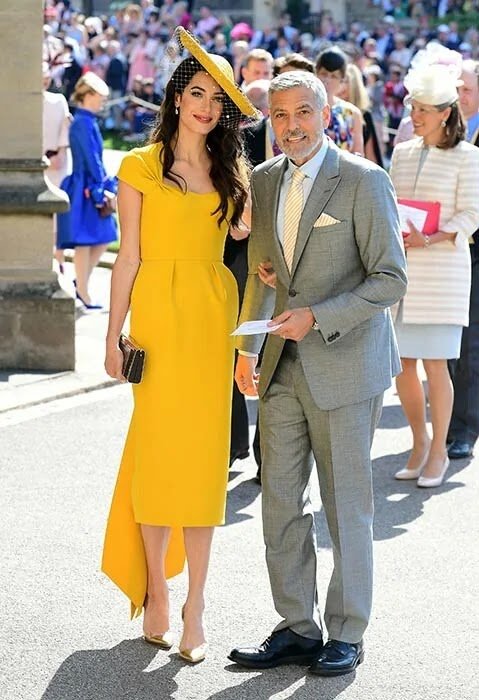 Human rights lawyer Amal Clooney and her husband George were first linked to Prince Harry and Meghan when they were guests at the couple’s Windsor wedding in May 2018.