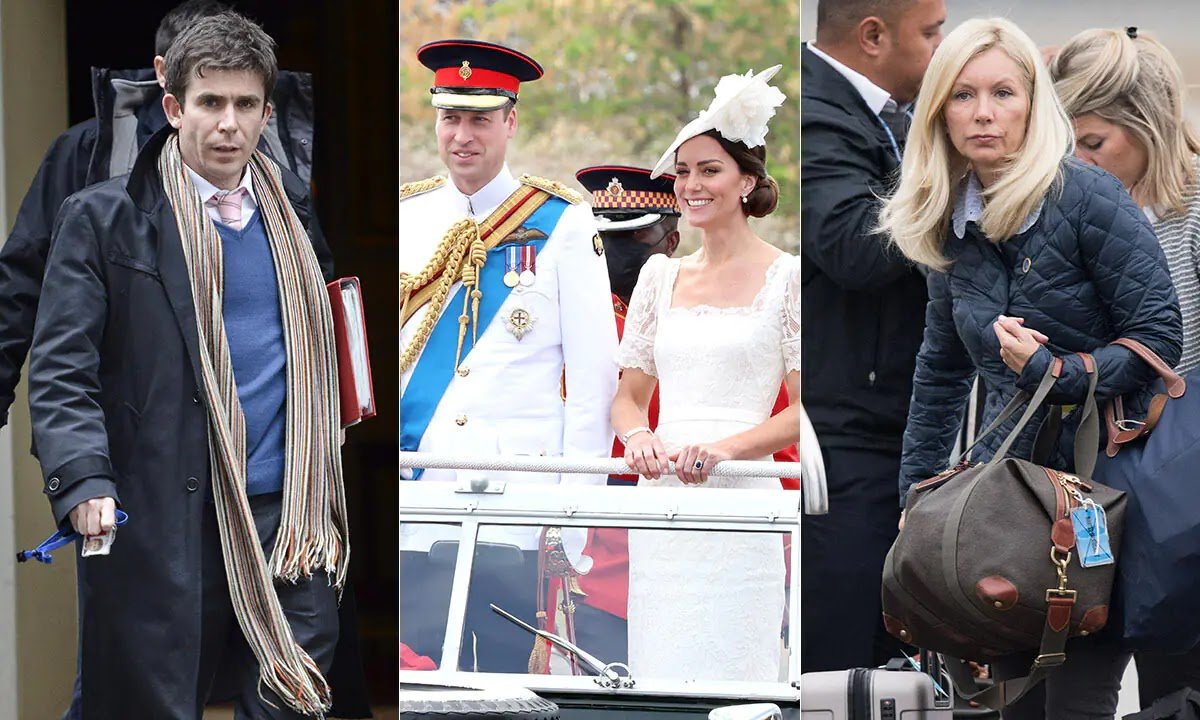 The Duke and Duchess of Cambridge have a whole team of people behind them to ensure their royal tours go to plan. From Kate’s personal hairdresser and stylist to the couple’s private secretaries and press officers, the couple’s entourage plays a big part in the success of every trip.

William and Kate are nearing the end of their Caribbean royal tour, having started off in Belize and traveling on to Jamaica and the Bahamas. This year, they’ve brought 15 staff with them.

Hannah Cockburn-Logie was appointed as the Cambridges’ private secretary in June 2020. Hannah is responsible for organizing Kate’s diary and meetings, as well as accompanying her on engagements. Importantly, Hannah already has a relationship with the couple. She arranged and accompanied the royals on their seven-day tour to India and Bhutan in April 2016.

Jean-Christophe Gray was appointed Prince William’s private secretary in February of last year, taking over from Christian Jones. Jean-Christophe previously worked in the Government’s Treasury Department as head of general expenditure policy, as well as working in the communications team for the then-Prime Minister David Cameron from 2021 to 2015.

David Watkins, also fondly known as ‘Digital Dave’, works on Digital Communications and Social Media for the royal couple and he clearly knows his field. He was former digital communications head for Meghan Markle and Prince Harry’s account Sussex Royal and also has global social media coordinator for Burberry down as a past job on his CV.

Amanda Cook Tucker, the woman behind Kate’s trademark Chelsea blow-dry, has styled Kate’s locks for years. She even visited the hospital shortly after Prince George was born in 2013 to help style the new mum’s tresses into chic, tousled waves. One thing’s for sure; with Amanda on call, not a hair will be out of place. Amanda is being paid for privately by the couple.