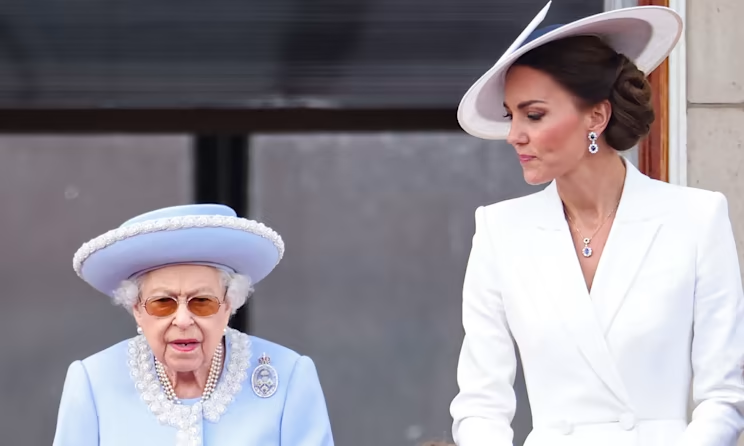 The Duchess of Cambridge, along with her husband, Prince William, went along to a reception held at Guildhall by the former Lord Mayor where she spoke to an attendee who asked how Her Majesty was doing.

The attendee, named Gill Smallwood from Bolton, told PA that Kate had said in response to her query: “Yes, she [the Queen] was fine, it was just very tiring yesterday” before adding that the monarch “had a lovely, lovely time.”

On Thursday evening, it was announced by Buckingham Palace that the Queen would not be attending Friday’s scheduled events for her Platinum Jubilee due to feeling “discomfort”.

A statement explained that Her Majesty “greatly enjoyed her birthday celebration and the flypast in London during the Trooping the Colour parade.”

The Duchess, who wowed in a yellow dress by Emilia Wickstead with a matching hat, also spoke about her three children, Prince George, Princess Charlotte, and Prince Louis, who joined their royal parents on the balcony following the Trooping the Colour on Thursday. Kate told Gill that the three children “had a lovely time”, attending the ceremony.