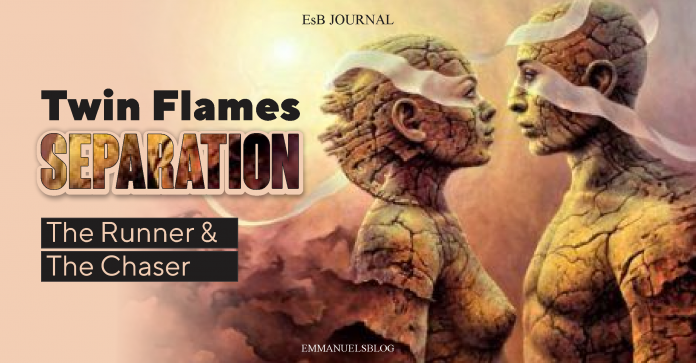 Everybody has twin of hearts, and there is a twin flame between them both that generate warmth and affection between the two. Whenever you see twins out there, one is a runner and the other is a chaser. The twin flame will either sparkle to fire or be doused out eventually.

When a man uses a holy weapon, its power will bounce back to wound him, so he must endure severe pain. Whether you are the runner or the chaser, you will experience pain when separation happens. Separation happens because the runner finds their ways into the arms of somebody else to make the person their soul mate, ignoring the efforts and attempts of their chaser twin leaving the chaser to a great deal of pain. Though the runner too won’t be without pain, so both party must be ready for the pain that comes with separation?

Seventh child dies of Strep A: Families and doctors are told to be wary of symptoms as tragedy strikes again