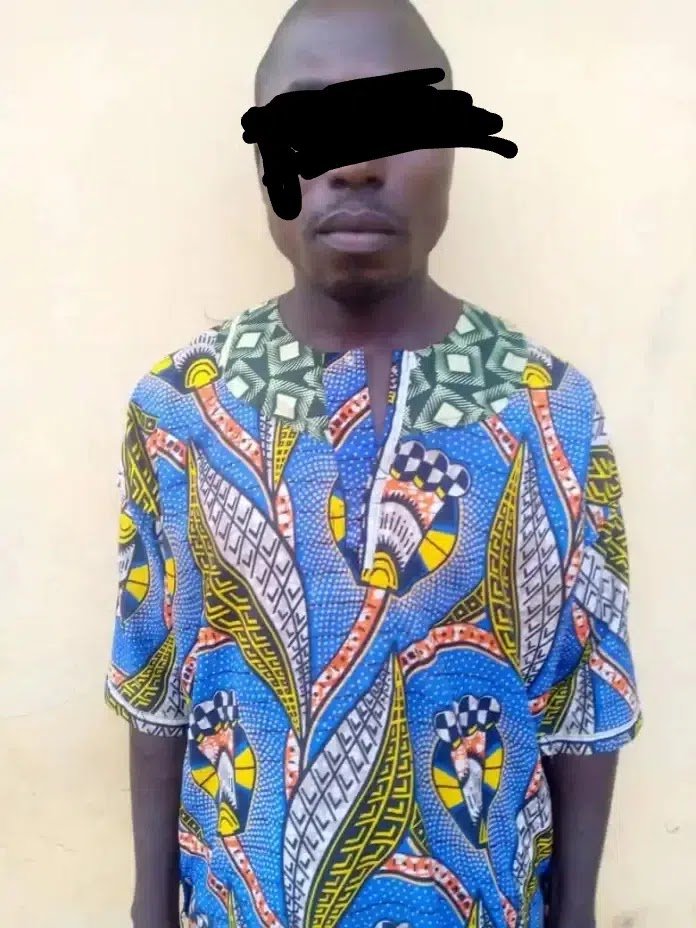 A 40-year-old herbalist, Ogundele Samson who was apprehended for defiling a 17-year-old in Ogun State has revealed the reason for his actions.

The medicine man stated that he demanded s3x from her to cover up her confession to stealing N1,000.

Speaking further on the reason for his actions, the suspect stated that it was the devil’s work.

Recall the victim and eight other girls had approached the suspect, a resident of Referefu area of Oja-Odan, for consultation over a missing N1,000 note.

Confirming the incident, the Ogun State Police Command Public Relations Officer, DSP Abimbola Oyeyemi, said that the suspect was arrested after a 14-year-old among the apprentices lodged a complaint at the Oja-Odan police station that the suspect tried defiling her.

The incident made the state Commissioner of Police, Lanre Bankole, to order the transfer of the suspect to the State Criminal Investigation Department for further investigation and diligent prosecution.

In an interview with the Nigerian Tribune, Samson, said that he began divination six years ago.

He said: “Nine girls who were hairdressing apprentices came to me to report the theft of N1,000 in the shop they work in, asking me to check it through Ifa divination.

“I called them in one after the other after the initial divination process, but they denied stealing the money except one of them who confessed to it. She said that before this particular theft, she had been stealing among her colleagues. She pleaded with me not to expose her.

“I asked her what she wanted to give me in order to cover up her crime, but she said she didn’t have any money. That was when I told her I wanted to have s3x with her and also marry her, and she replied that there was no problem on that.

“She removed her trousers and underwear herself and laid down of her volition.

“We had only a round of s3x and she went out while I remained in the room. I didn’t know that she went out crying, which made her mates to ask her what was wrong. That was how she told them that I slept with her.

“The following day, I just came back from a meeting when some boys came for me and took me to our traditional leader in the community. From there, I was taken to a police station. But I was not the one who broke her hymen. She had been having s3x before my relationship with her. It was the devil’s work.”