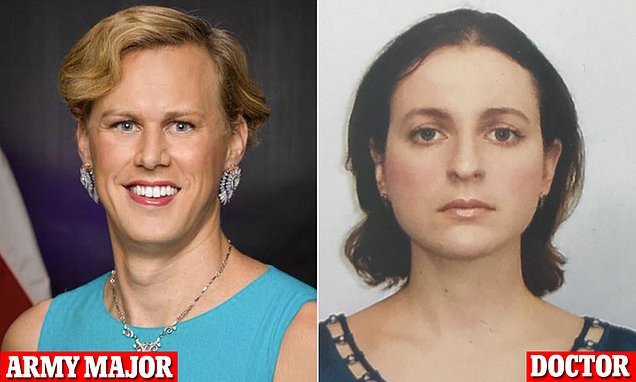 A U.S. Army major doctor and her physician wife have been charged with a criminal plot to give confidential medical information of U.S. military members and their spouses to the Russian government.

US Prosecutors said the couple planned to help Russia in its ongoing war against Ukraine by passing the confidential information.

The couple, Maj. Jamie Lee Henry, who is transgender and anesthesiologist Anna Gabrielian, were named in a federal indictment in U.S. District Court on Thursday, September 29 in Baltimore charging them with conspiracy to disclose health information.

Prosecutors say the couple allegedly revealed their plot to an undercover agent posing as a Russian government-connected official.

The couple were named in an eight-count federal indictment unsealed Thursday, charging both of them with conspiracy, and wrongful disclosure of individually identifiable health information.

Henry was a staff internist who held secret-level security clearance at North Carolina’s Fort Bragg, the largest military post in the U.S. The fort is the home of the Army’s XVIII Airborne Corps, the headquarters of the Army’s Special Operations Command, and the Womack Army Medical Center.

Henry in 2015 reportedly became the first known active-duty Army officer to come out as transgender. While she identifies herself as a woman, the indictment repeatedly refers to Henry by male pronouns.

Gabrielian speaks both English and Russian, according to the web page of Johns Hopkins, which is located in Baltimore.

The indictment said the couple, who live in Rockville, Maryland, believed they would be giving medical information related to patients at Fort Bragg and Johns Hopkins to a person working at the Russian embassy in Washington but in reality, that other person was an undercover FBI agent.

In mid-August, the undercover agent approached Gabrielian and asked her about the assistance she had offered to the Russian embassy several months earlier via phone and email.

The indictment accuses the couple of providing that agent medical information related to patients at Fort Bragg and Johns Hopkins to demonstrate their level of access to such information of “U.S. personnel,” and to show “the potential for the Russian government to gain insights into the medical conditions of individuals associated with the U.S. government and military, to exploit this information.”

Gabrielian agreed to meet the agent in a Baltimore hotel room on Aug. 17, the indictment says.

Later that same day, she called the agent “to reaffirm” the couple “were committed to helping Russia,” the indictment alleges.

During the meeting, she told the FBI agent “she was motivated by patriotism toward Russia to provide any assistance she could to Russia, even if it meant being fired or going to jail,” the indictment says.

The charge document says the couple allegedly discussed with the agent the need for them “to maintain ‘plausible deniability’ regarding their interactions.”

Gabrielian allegedly told the agent that Henry “was currently a more important source for Russia than she was, since Henry had more helpful information, including on how the U.S. military establishes an army hospital in war conditions, and about previous training the U.S. military provided to Ukrainian military personnel.”

When Gabrielian and Henry jointly met with the agent at the hotel on the night of Aug. 17, the indictment said, “Henry explained to the [undercover agent that they were] committed to assisting Russia, and he had looked into volunteering to join the Russian Army after the conflict in Ukraine began, but Russia wanted people with ‘combat experience,’ and he did not have any.”

“Henry further stated: ‘the way I am viewing what is going on in Ukraine now, is that the United States is using Ukrainians as a proxy for their own hatred toward Russia,’ ” the charging document alleges.

At the same meeting, Henry said that Gabrielian had recommended the book “Inside the Aquarium: The Making of a Top Soviet Spy,” the indictment alleged. That 1986 book by Viktor Suvorov describes the author’s training inside the then-Soviet Union’s military intelligence system.

Henry also allegedly told the undercover agent, “My point of view is until the United States actually declares war against Russia, I’m able to help as much as I want. At that point. I’ll have some ethical issues I have to work through,” according to the indictment.

Two weeks later, during a meeting with the agent in a hotel in Gaithersburg, Maryland, the couple gave the agent health information related to several individuals, the indictment said.

Gabrielian allegedly gave the agent information related to “the spouse of a person currently employed by the Office of Naval Intelligence” and “highlighted to the [agent] a medical issue reflected in the records [of that person] that Russia could exploit,” the indictment said. She also turned over records related to “a veteran of the United States Air Force.”

“As this is an open case, we are referring you to the Department of Justice. A DOJ spokesman referred questions to the U.S. Attorney’s Office in Baltimore, which issued a press release detailing the case.

A spokeswoman for Johns Hopkins said;

“We were shocked to learn about this news this morning and intend to fully cooperate with investigators.”