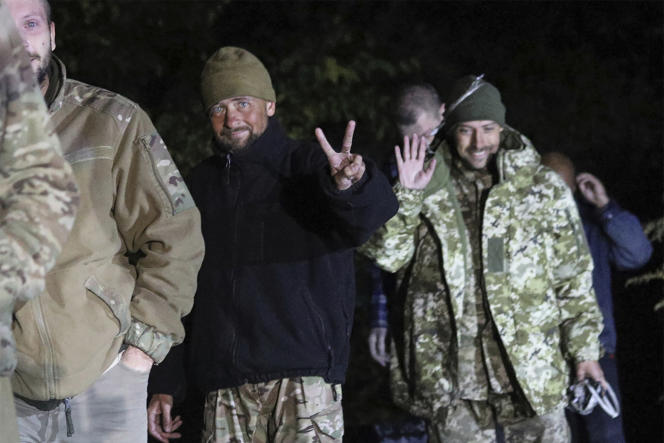 Ten prisoners of war held by Russian-backed separatists, originating from countries including the United States and Britain, have been transferred to Saudi Arabia as part of the exchange between Russia and Ukraine, the Gulf state said Wednesday. President Zelensky corroborated this, mentioning it was part of the larger swap deal.

The group comprises five British nationals, two Americans and one each from Morocco, Sweden and Croatia, according to a Saudi official briefed on the operation. The Saudi statement said the POWs had arrived in the kingdom from Russia, and that Saudi authorities were “facilitating procedures for their safe return to their respective countries.”

British Prime Minister Liz Truss said on Twitter that the release of the Britons was “hugely welcome news, ending months of uncertainty and suffering for them and their families.” Ms. Truss said they had been “held by Russian-backed proxies in eastern Ukraine,” and thanked both Mr. Zelensky and Saudi Arabia for helping free them.

MP Robert Jenrick on Twitter identified one of the British detainees as his constituent Aiden Aslin, who had been sentenced to death in June as an alleged mercenary after being captured by pro-Russian separatists. Mr. Jenrick said the British detainees were “on their way back to the UK” and that Mr. Aslin’s family “could finally be at peace.” The Moroccan detainee is Brahim Saadoun, who was also sentenced to death in June by the unrecognized Donetsk People’s Republic, according to a Moroccan official at the embassy in Riyadh.

Swedish Foreign Minister Ann Linde said on Twitter that the Swedish citizen, also held in Donetsk, “has now been exchanged and is well.” She also thanked Ukraine and Saudi Arabia. In Zagreb, the foreign ministry named the released Croat as Vjekoslav Prebeg, detained in April, and said he would return on Thursday, thanking Kyiv and Riyadh.

The families of Americans Alex Drueke and Andy Huynh announced their release in a joint statement from Dianna Shaw, an aunt of Mr. Drueke. Mr. Drueke, 40, and Mr. Huynh, 27, went missing in the Kharkiv region of northeastern Ukraine near the Russian border on June 9. Both had traveled to Ukraine on their own and became friends because both are from Alabama.

“They are safely in the custody of the US embassy in Saudi Arabia and after medical checks and debriefing they will return to the States,” the statement said. Ms. Shaw said both men have spoken with relatives and are in “pretty good shape,” according to an official with the US embassy.

The releases came following efforts by Crown Prince Mohammed bin Salman, Saudi Arabia’s de facto ruler, “in continuation of (his) commitment to the humanitarian initiatives towards the Russian-Ukrainian crisis,” the Saudi statement said.

Video broadcast by the official Saudi Press Agency showed the 10 prisoners of war being greeted by Saudi officials as they descended from a plane in Riyadh, then being escorted into a room where they chatted with diplomats from their respective embassies.