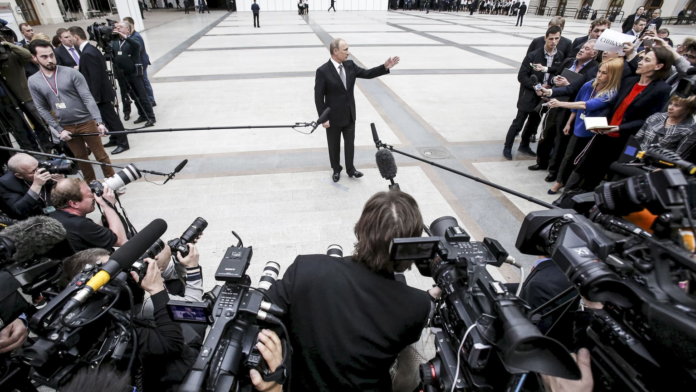 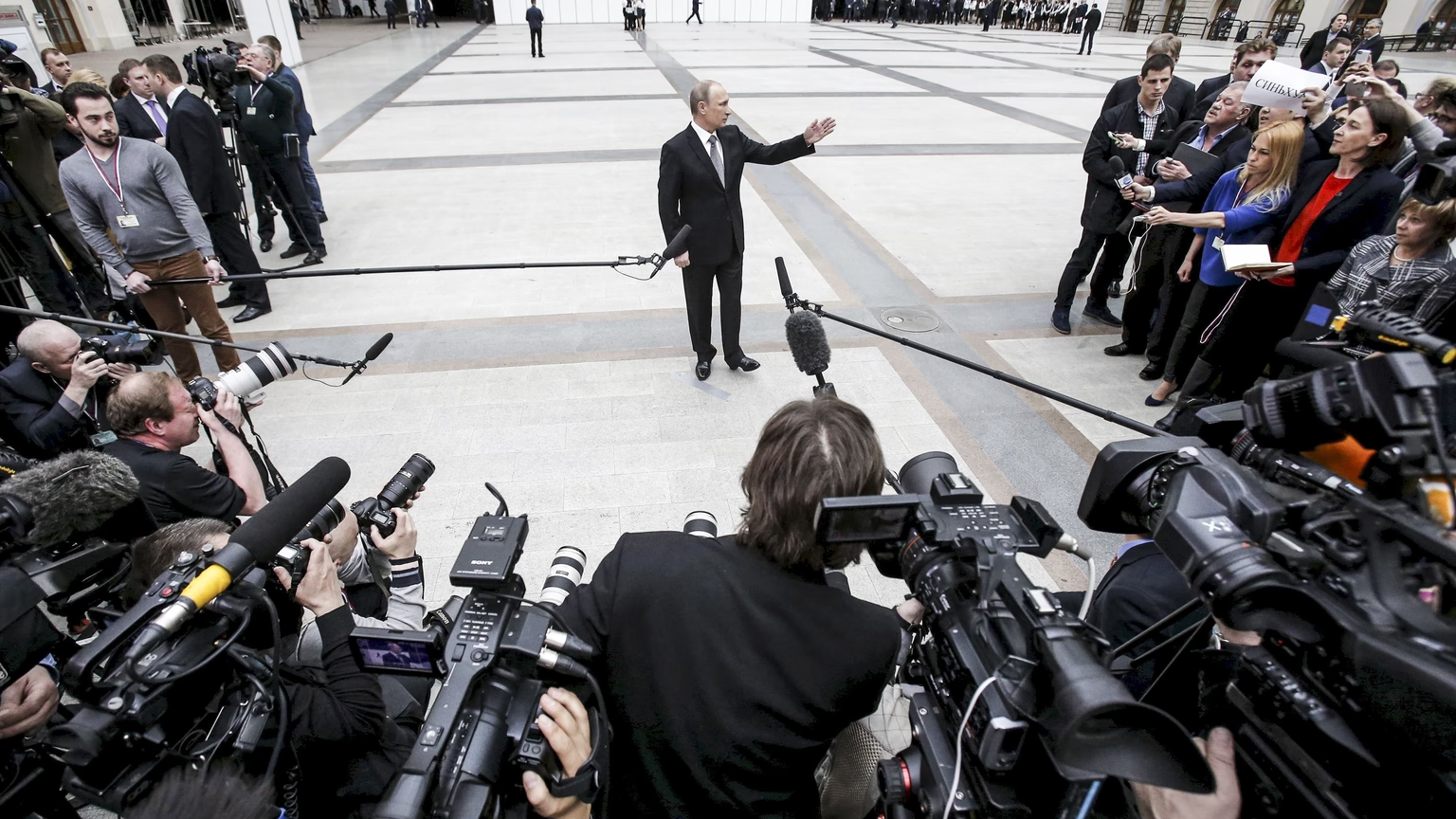 The Russian president’s press secretary, Dmitry Peskov, didn’t use that expression when we talked by phone, but that’s what he described to me: a man at the center of an ever-churning machine processing vast amounts of news and data at his command.

“Sometimes we’re wondering what is the limit for a human being for absorbing this huge amount of information,” Peskov told me, “but, well, it’s really a very, very, very heavy job.”

Peskov, speaking fluent English, described the operation. “First of all, the information and press department of the presidential administration prepares digests on print media, on Internet sources, on domestic media—federal and regional.

“We have special people working around the clock, preparing TV digests. We’re recording TV news on the [Russian] federal channels for him during the day. Obviously, it’s very hard for him to watch news so we make digests, let’s say, zip versions of TV news, divided into issues.”

Putin views these summaries in his car, plane, and helicopter, Peskov said.

“It’s quite convenient when he’s going home, let’s say, from [the] Kremlin, when he is not spending a night here … he can use this 20 minutes for really understanding what happened during the day in terms of information.” He watches TV news channels in English and German—a language he speaks fluently thanks to his posting in Dresden as a KGB agent in the late 1980s—and receives English- and German-language newspapers.

“Frankly speaking, I wouldn’t say that [Putin] is a fluent user of [the] Internet,” Peskov added, “but he is fluent enough to use some resources, plus, definitely, he is comparing what he sees and hears from [the] press … with the news he’s receiving—when it comes to foreign affairs—from his foreign ministry, from his special services, from intelligence, from various ministries, and so on.”

As a former KGB officer and head of the KGB’s successor agency, the FSB, Putin knows the value of information. His concept of the media, however, is a far cry from the First Amendment. For him, it’s a simple transactional equation: Whoever owns the media controls what it says.

“There should be patriotically minded people at the head of state information resources,” Putin told reporters at his 2013 annual news conference, “people who uphold the interests of the Russian Federation. These are state resources. That is the way it is going to be.”

From his first days as president, Putin moved quickly to dominate the media landscape in Russia, putting not only state media but privately owned broadcast media under the Kremlin’s influence.

“The limitations on the media have existed for the 15 years that Vladimir Vladimirovich has been in power,” Alexey Venediktov, editor in chief of Echo of Moscow, Russia’s only remaining independent radio station, told me during a December visit to the Russian capital. The war in Ukraine, he added, has solidified Putin’s view of the media: “It’s not an institution of civil society, it’s propaganda. [The Russian broadcasters] First Channel, Second Channel, NTV, Russia Today internationally—these are all instruments for reaching a goal inside the country, and abroad.”