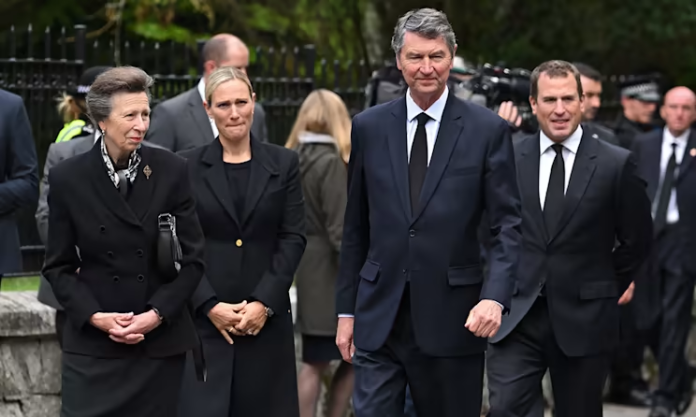 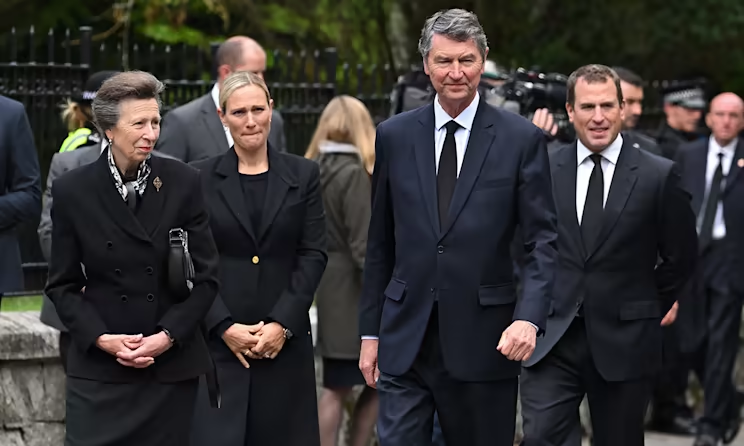 Tributes were left outside many of the late monarch’s residences including Buckingham Palace, Windsor Castle, Sandringham House and Balmoral, where she passed away.

As they left, members of the family were seen comforting each other with Prince Andrew wrapping his arms around Beatrice and Sophie.

Eugenie and Louise were also seen walking together with their arms wrapped around one another, while Edward held the car doors open for everyone.

Eugenie also gave a reassuring rub on Lady Louise’s shoulder as they prepared to travel in separate cars.

Tributes were left for Her Majesty outside Balmoral

The day was full of emotions, and Eugenie and Beatrice, alongside cousin Zara Tindall were seen in tears as they viewed tributes left for their late grandmother.

The Queen’s health sadly deteriorated while she was staying in Balmoral, with members of the royal family rushing to be by her side.

Charles and Anne were already in Scotland at the time, and they remained with their mother as she passed away. 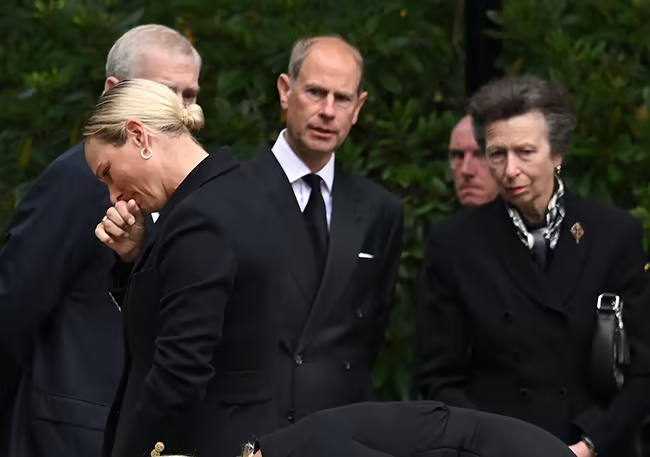 Prince William, Andrew, Edward and Sophie all travelled up together, with Prince Harry also rushing to the Scottish residence.

All of the members of the family were present on Monday as Her Majesty was laid to rest during the state funeral.

While she lay in state in Westminster Hall, both her children and her grandchildren performed a solemn vigil as they stood guard over her coffin in two separate events.