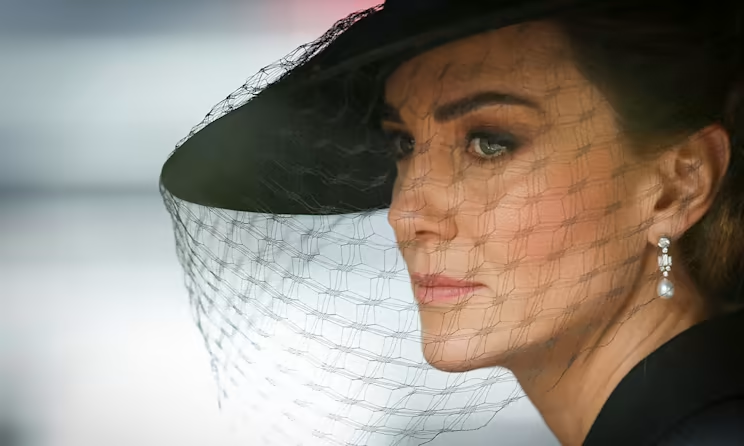 As cameras showed the emotional moment, wreathes that had been left on the coffin by the family were seen, many of which featured the final handwritten words that would be shared with Her Majesty.

Included among the wreathes was one from the Prince and Princess of Wales, which bore handwritten notes from the pair of them.

Their personal monograms could be seen on both of the wreathes.

The wreath was made up of some of the Queen’s favourite flowers, and they were nestled close to where the Imperial Crown lay before it was removed from the coffin. 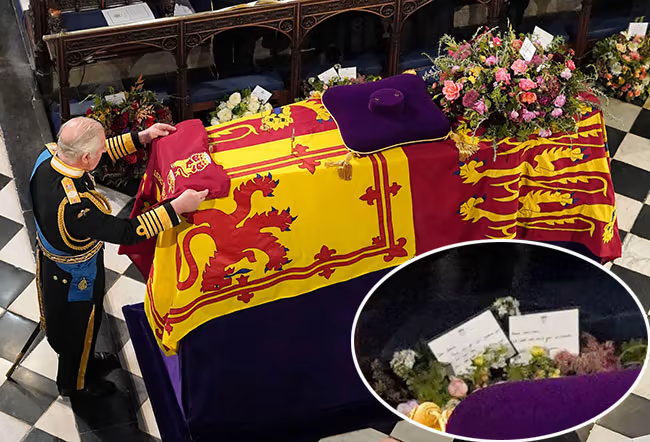 Many other royals left touching notes for Her Majesty, including King Charles, who left a touching one that read: “In loving and devoted memory. Charles R.”

The Queen’s funeral flowers at Westminster featured plenty of foliage including myrtle which was used in her 1953 wedding bouquet as is royal tradition.

English oak, which symbolizes the strength of love, and weeping birch has also been incorporated in the state funeral displays.

The Queen’s funeral flowers and wreaths featured large white and green displays of blooms that mourners will have seen over the past week. These included Asiatic lilies, gladioli, alstroemeria, and Eustoma.

At the Queen’s state funeral, garden roses, autumnal hydrangea, sedum, dahlias and scabious were also on display and these are in shades of gold, pink and deep burgundy, with touches of white, to reflect the Royal Standard.