In a video, the Princesses entered the Abbey with their respective partners, Edoardo Mapelli Mozzi and Jack Brooksbank, when they turned to look for their mother, with the pair spending a few moments encouraging her to join them as they made their way to their seats.

Most members of the royal family attended the funeral on Monday, including the Prince and Princess of Wales, who were accompanied by their two oldest children, Prince George, nine, and Princess Charlotte, seven. 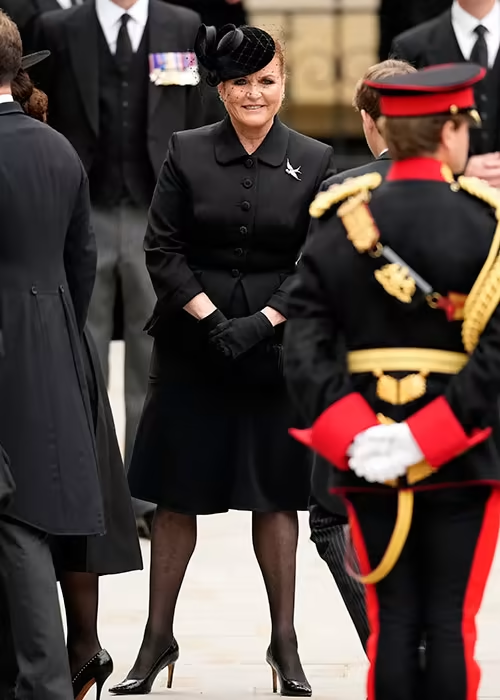 The funeral began with the State Gun Carriage carrying the Queen’s coffin from the Palace of Westminster to Westminster Abbey as over 1,000 guests took their seats for the service.

The coffin has been draped in the Royal Standard and carries the Imperial State Crown and a wreath of flowers containing plants from the gardens of Buckingham Palace, Clarence House and Highgrove House. The King and his siblings, as well as the Prince of Wales, Prince Harry and Peter Phillips also walked behind the carriage.