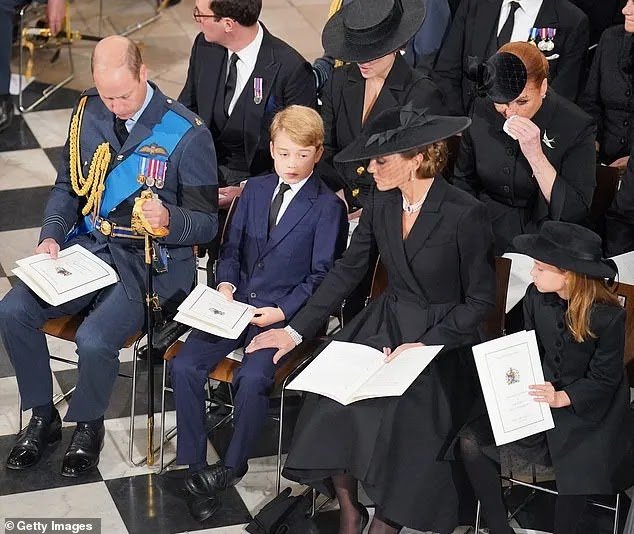 The Prince and Princess of Wales were ‘calm and natural’ with their children Prince George and Princess Charlotte at the Queen’s funeral despite being under huge scrutiny, a parenting expert has claimed.

Royal fans praised Prince William and Kate Middleton for being ‘wonderful’ parents after the nine-year-old heir to the throne and his seven-year-old sister behaved impeccably throughout the historic event on Monday.

George and Charlotte cut solemn figures as they joined the royals for Her Majesty’s funeral at Westminster Abbey and her commitment service at Windsor, where Charlotte was seen giving her older brother a lesson in the royal protocol as she told him to ‘take a bow’. 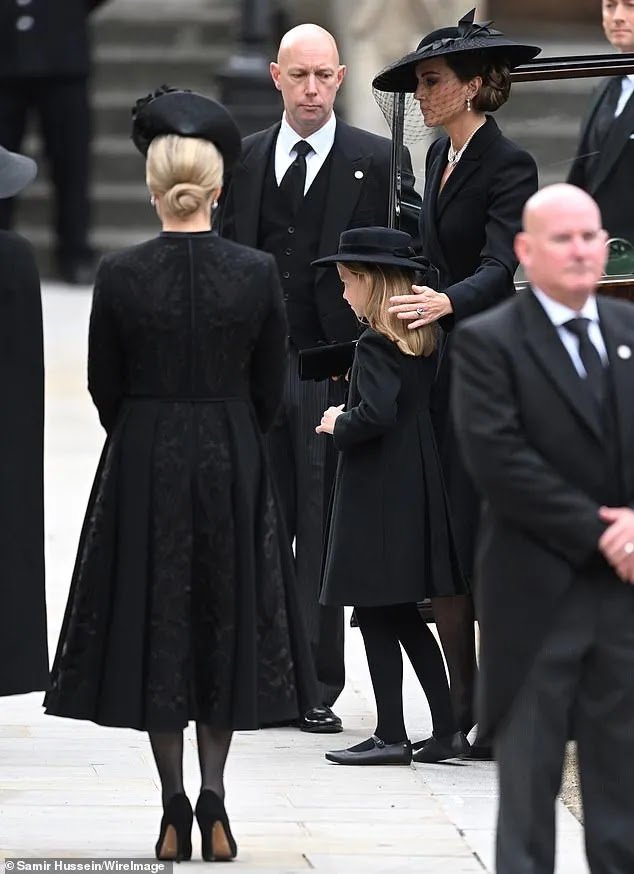 Meanwhile, William and Kate’s youngest child, Prince Louis, four, did not attend the funeral as he was likely considered too young.

Speaking to FEMAIL, parenting expert Stephanie Wallis explained how the Princess of Wales took a more ‘dominant parenting role’, leaving Prince William to focus on his position as a son, grandson and heir to the throne.

She said the couple had used “gentle touches” to interact with their children and guide them through the day, as well as informing the youngsters they were there for support.