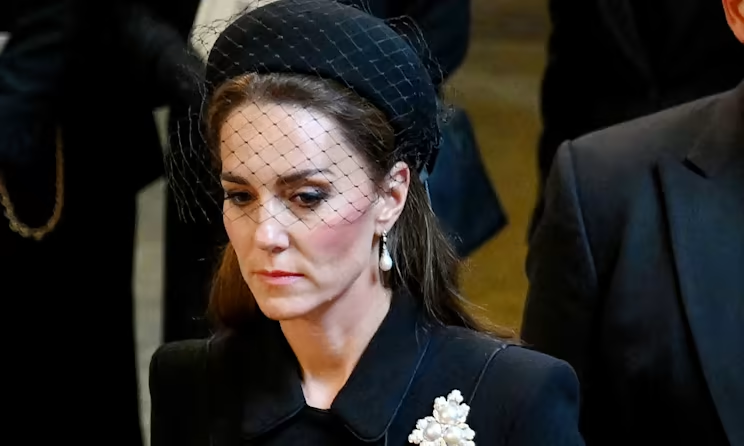 On Wednesday afternoon, the late monarch left Buckingham Palace for the final time, with the King and the royal family walking behind her coffin in a solemn procession to the lying in state.

Once inside Westminster Hall, where the Queen’s coffin will lie in state, Kate showed her respect for the late Queen as she subtly bobbed down into a low curtsy.

Royal ladies normally curtsy and bow their heads in public if they’re seeing the sovereign for the first time that day. For men, the greeting is normally a neck bow.

The Queen has now been handed to the care of the nation for a period of lying in state after her family marched in homage behind her coffin as it was carried to Westminster Hall.

A gun carriage that had borne the coffins of her mother and father carried the late monarch to Westminster Hall – a procession through the heart of the capital that was watched by tens of thousands who lined the route.

The Queen Consort and Princess Kate did not join the procession but left for Westminster Palace by car, followed by another vehicle carrying the Duchess of Sussex and Countess of Wessex.