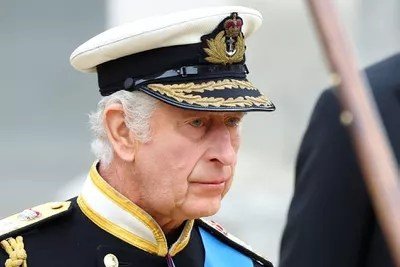 As the royal family and other guests at the ceremony inside Westminster Hall, including his wife Camilla, Queen Consort, sang “God Save the King,” King Charles, 73, stood on silently. This is a tradition since the song is to the monarch — it was formally known as “God Save the Queen” throughout Queen Elizabeth’s 70-year reign, the longest in history.

According to the royal family’s official website, the national anthem in its present form “dates back to the 18th century” but “the words and tune are anonymous and may date back to the seventeenth century.”

It was first performed in London back in September 1745 and “this practice soon spread to other theatres, and the custom of greeting monarchs with the song as he or she entered a place of public entertainment was thus established.”

On Sept. 9, King Charles delivered his first address since assuming the throne, one day after the death of Queen Elizabeth at age 96. In the pre-recorded address, he praised his predecessor’s historic legacy of service and how it will inspire his own reign.