Emmanuel's Blog
Home Blog Why Were Harry And Meghan In The Second Row For Queen’s Funeral? 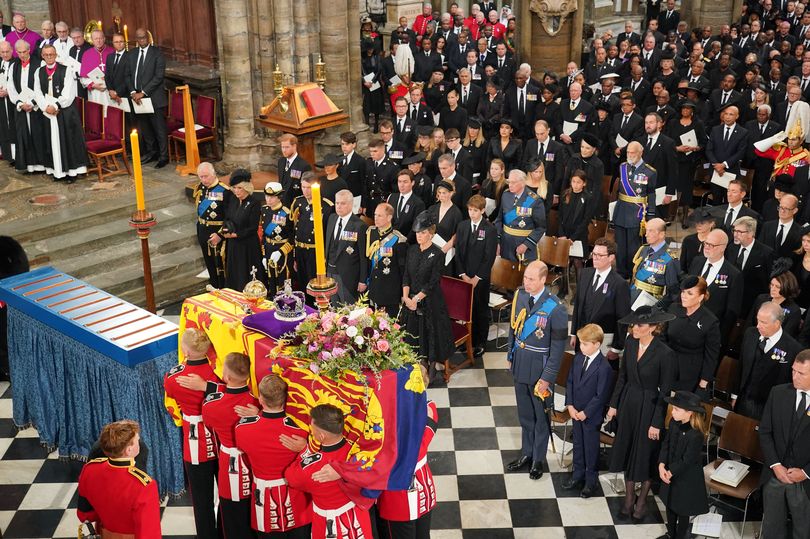 The seating plan was designed to ensure families were kept together, the Palace confirmed. The Queen’s grandchildren were put in approximate age order meaning the Duke and Duchess of Sussex were behind King Charles.

Prince William, Prince George, Kate Middleton and Princess Charlotte sat in the front row for Her Majesty’s funeral. Mike Tindall was also in the front row, alongside wife Zara.

After some controversy about Harry and Meghan holding hands as they left Westminster Hall following the short service at the beginning of the Queen’s lying in state, the couple walked side by side, but not holding hands.

They were seated directly behind the King and Queen Consort, facing the coffin, while William and Kate – for whom the abbey holds happier memories as the place of their wedding more than a decade ago – were across the aisle with their two children.

After the funeral ended with a rendition of the national anthem, the brothers joined the huge procession escorting the Queen on the beginning of her final journey, marching once again with sombre expressions behind the gun carriage as their wives followed behind in slowly-driven cars.