Emmanuel's Blog
Home News World News How are the U.S. built Switchblade 300 and 600 drones a game... 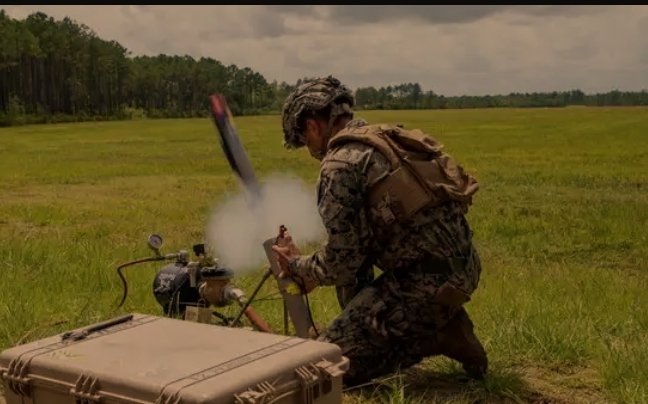 The U.S. built Switchblade 300 and 600 drones are really fast-changing the course of the war for Ukraine, it changes the dynamics of war and give Ukraine some advantages to force the enemy the change their tactics.

When you really know how the Switchblade drones work, you can’t agree less that they have not been an important weapon in the on-going war.

Everytime a Switchblade detonates, it takes out a Russian fuel truck and ammo truck, it also wipes Russian army out of their positions. It inflicts excruciating pain and as well dampen morales of soldiers, the mental torture of seeing a members of your squad blown apart around you is what cannot be told.

The good thing about the switchblade 300 is that it comes in handy and it is cheap, it comes in a small tube only 2 ft. long and weighs only six pounds. It can be carried by almost every Ukrainian soldier. It has a warhead with a charge akin to a powerful grenade.

It can be fired (the tube opens to look like a small mortar) by any infantryman and can fly up to 20 miles over the front lines and it can enter a ghost mode since it is almost indetectable in the air.

It can be controlled by a tablet about the size of an Ipad and allows enough loitering time over your enemy to search for a target (a truck, artillery position or a squad of soldiers) and then kamakazied straight into the target.

A larger (though still man portable) Switchblade 600 with a shaped charge explosive can be used against tanks and other armored vehicles. What a plus for the Ukraine army!

There are two primary options of use of the Switchblade 300 to 600 drones:

1). To take out more Russian generals or other officers.

2). The second purpose is to take out supply vehicles.

With Switchblade drones lining up along supply arteries into Ukraine, Russian forces will have to defend even wider swaths of the country to protect their supply routes.

With RPGs you need soldiers within 100–200 meters of road to take out a truck and they’re vulnerable to counterattack. With a Javelin (or TOW), you can be 2–3 km away from the road and relatively safe from forces sent to defend the convoy.

A Switchblade pushes that to 4–6 km, an hour by foot, and the operator still has time to wait for the convoy to arrive and execute a targeted attack.

You can’t economically defend against that, you would need to have security cordons around all roads about 8 km out along the entire length of the road.

Russia doesn’t have the manpower to do so. Furthermore, the drones are inexpensive, you can get 25 Switchblades for one Javelin missile and carry 10 Switchblades for a single loaded Javelin launcher. It’s simply the better tool for the job than any other tool Ukrainians currently have.

Regardless of your choice of definition for the word “game changer”, the roles U.S. built Switchblade 300 and 600 drones have played so far deserves to be mentioned in the category of the word – ‘game changer’, even Ukraine government will acknowledge it as a game changer, meaning without it, they would not be where they are, perhaps they would have lost more duels than they currently do.