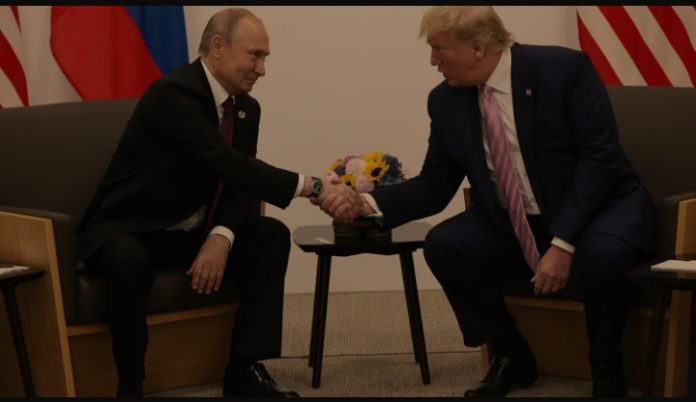 Talking about the Donald we know, and predicting what Trump would have done if he’s the one in power at a time like this, we can never be wrong. Donald has a long history of alliance with Russian government, and since Putin’s country have contributed immensely to his political career. Then we can say Ukraine would be losing the war right now.

Ukraine has been alive and breathing in the ongoing war because of the supports she enjoys from her western allies –so far, the allies have supported Ukraine with moral solidarity, economic sanctions, intelligence sharing, and a massive infusion of weapons.

Meanwhile, this wouldn’t have been the case If Trump still occupied the Oval Office since Donald and Trump has a long history of relationship between them indirectly; they are both plucked from the same branch. After all, Trump would always call Putin “a smart man”.

Trump has had his fair chance to drop his cents on the Russian invasion to Ukraine and would never see that Putin and his government has done anything wrong, Trump would rather cede the blame to NATO and not Putin by saying:

“I think in a hundred years, people are gonna look back and they’re going to say, ‘How did we stand back, and NATO stand back?’ — which, in many ways, I’ve called a paper tiger.”

He has never been shy to boast of good relationship he has with Putin even at a time like this. Putin has a great cheerleader and confidant in Trump.