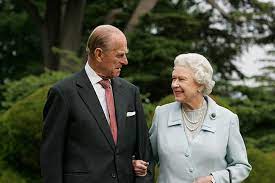 However, the document carried one major difference from that of her husband Prince Philip. While hers’ listed her time of time, the Duke of Edinburgh’s omitted this detail. The same is also true for the death certificate of the Queen Mother, who passed away in 2002 at the age of 101.

There was confusion as to whether the monarch’s death certificate would be released, but under the Registration of Births, Deaths, and Marriages (Scotland) Act of 1965, all deaths must be registered within seven days – and this includes the submission of a death certificate to a registrar.

The law differs from England, which is governed by the Registration Act of 1836 and does not apply to the monarch.

Like her husband, the Queen passed away from old age, with the Duke’s cause of death being shared by the Head of the Medical Household one month later.

Both royals are said to have passed away peacefully, with the Countess of Wessex describing to someone what happened when Philip passed away on 9 April 2021.

“It was right for him. It was so gentle,” Sophie shared. “It was just like somebody took him by the hand and off he went.”

The royals haven’t publicly spoken about the Queen’s passing; however, Prince William did share some details about what happened on the day that she died.

He explained that he had seen five rainbows over Balmoral after the Queen had passed away. His wife, Kate then added: “Her Majesty was looking down on us.”

The Queen had been staying at her Scottish residence of Balmoral on 8 September when her health deteriorated.

On the day that the Queen passed away, rainbows were seen over Buckingham Palace and Windsor Castle. Another rainbow formed over Westminster Hall on the day before her lying in the state came to a close.