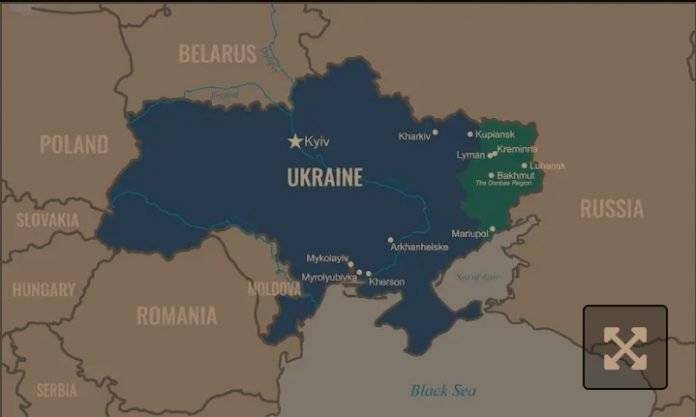 There is need for Ukraine forces to effectively destroy the Kherson bridge, it is the best way to approach the situation and it will stop Russia from moving weapons in and around Kherson.

Even though the repeated attacks by the armed forces of Ukraine have led to – so far – a temporary failure of the Antonivskiy Bridge, but they should not stop their attack since Russia is already constructing ferry and pontoon crossings as an alternative since the problem with the ongoing attempts of the armed forces of Ukraine to cut off the right-bank grouping of [Russian forces] from supplies is not resolved yet.

Ukrainians will be hoping that their forces will not make the mistake of counting their chickens before the eggs are hatched. Ukraine government will be able to destroy Kherson the more when they hit harder and stop the Russian forces from the creation of alternatives they are looking at.

Though it is a part-time victory on the part of Ukraine forces to push Russian government back by subjecting them to find unpleasant alternatives, but the victory of the Kherson bridge can be permanent if they have enough longer-range weapons with an effective firing distance of up to 50 miles. Then it would not be difficult for them to achieve since the alternatives are already giving Russia forces some concerns.

The bridge has come under repeated attack in the past week as Ukraine has tried to cut off the handful of routes Russia can use to move heavy weapons in and around Kherson, including a road over the dam at nearby Nova Kakhovka.

Kherson, captured in early March, has long been a focus for the Ukrainians, with the defenders making limited gains in the countryside between Mykolaiv and the target city since April.

But, with the continual use of longer-range weapons with an effective firing distance of up to 50 miles (80km), the Ukrainians should grow more confident and destroy the Kherson bridge vehemently and put the Russian forces on the back foot forever.