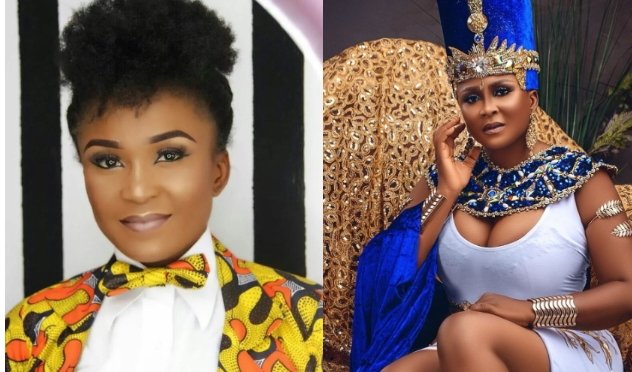 The actress believes cheating is not a good enough reason for a woman to leave her man because men are polygamous in nature. Instead of leaving him, she proposes better ways to resolve the issue, one of which is sitting him down and having a deep conversation with him.

During an interview, she stated that she remembers her father telling her that men are generally polygamous in nature, and will hardly stick with just one woman. So if you get a man that is faithful, then you are just lucky.

Her words were as follows ” My late father told me men are polygamous in nature but if you are lucky, you will find the one that will not rub it on your face. If I catch him cheating, it is okay. We will sit down and talk about it because to be very honest with you, every man in this world cheats even pastors, reverend fathers too”.

She also said her girlfriend praised her mind, as it is what is needed to go through this life. She illustrated the comments by saying a man can even cheat a day before his wedding day.

Finally, she concluded that she would never leave her man just because he cheated, but would leave him for other reasons such as being violent, temperamental or toxic for her energy.