Emmanuel's Blog
Home Politics If tomorrow Russia suddenly decides to nuke the US, will the US... 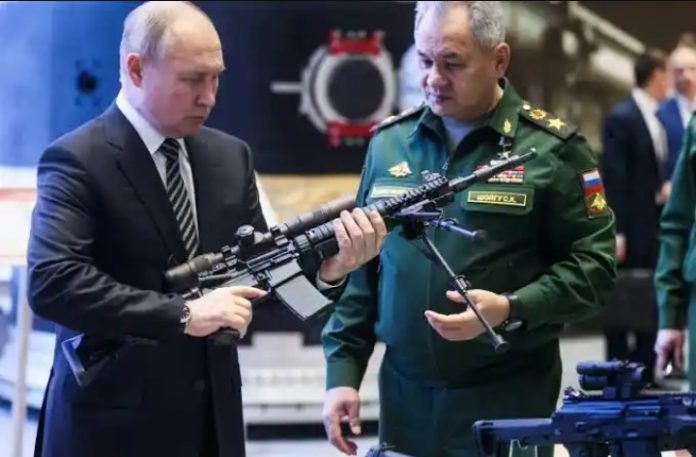 In war game we have seen and read for years, Russia seems to have only little hope to survive because much of its technology is currently outdated.

United States has a stronger second-strike capability, which Russia can’t match. The US already has her assets positioned much closer to Russia, including nuclear weapons in the UK, Netherlands, Italy, Turkey and Germany.

US has a declared policy of no first strike without being attacked, we can then say a traditional full-scale first strike is unlikely in general.

Apparently, Russian subs are routinely shadowed by either US or British hunter-killer subs and would be the first targets in a serious conflict.

It is believed that US also has some extensive underwater sonar networks in the oceans and satellite capabilities for submarine tracking (so it would be difficult for Russia to get several subs close to US waters unnoticed).

Russia has very limited quantities of newer nuclear weapons since they are super expensive to produce.

Russia now has to rely on a small number of large fixed-location ground radars, which can conceivably be jammed, sabotaged or taken out ever since it lost its early warning satellites in 2015.

Let’s say Russia only targets the terminal approach phase and would try to shoot down missiles raining from the sky. The US, however, would target all phases of missile trajectories, and missiles are more vulnerable when they have not fully accelerated yet.

Russia would start an attack with cruise missiles from several bombers or submarines since cruise missiles are difficult to intercept, but such an attack would be limited due to existing technology, and an early warning will be available to the US.

The US population is much more spread out than Russian population, so a small number of powerful weapons will be less successful and this is not what Russians want.

Russia will not attack a stronger enemy head-on. It will try to weaken the enemy first, and/or attack at an opportune moment as in the case of Ukraine.

The number of missiles the US can shoot down under the best conditions does not matter because Russia will try to sabotage or attack anti-missile facilities, and create distractions by whatever means.