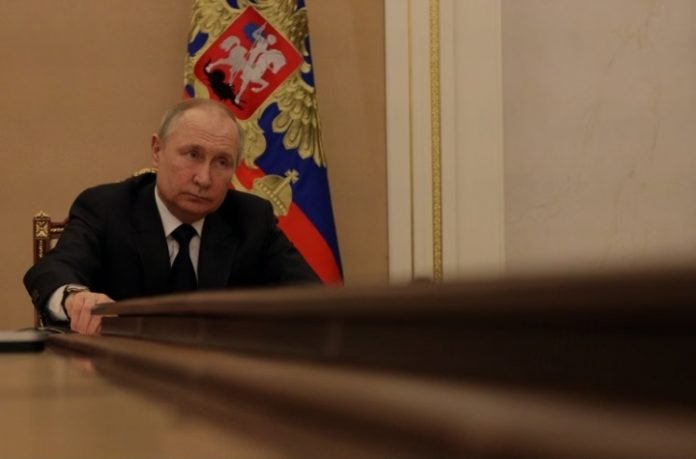 There is a growing cottage industry among interested individuals following the Russia-Ukraine invasion internationally, perhaps one of the unseen things that could happen after the war is the political demise of Russian President Vladimir Putin, that his government could be overthrown.

It is understandable to have this concern since reports emerge that some Russian forces are now feeling reluctant to fight Ukraine; some of Russian generals have been dethroned from the seat they occupied because of one thing that led to another.

Yes! There are obvious reasons for unleashing premature speculation of Putin’s doom that could befall him. But his political resilience and stability will keep him safe.

Putin must have thought about it even before he advanced to Ukraine, he is a student of history after all. Perhaps one of the many reasons he cut ways with some army officials is because of internal conflict that is breeding and could motivate the army officials to make a coup détat to upstage him.

Putin could have seen it coming. He can be considered “smart” according to the word of his friend, Trump. So to say, Putin is not new to emerging news like this.

One of the advantages Putin has got is that the Russian president enjoys a solid level of support among legislators, as evidenced by a recent vote days before the war began to recognise the separatist, self-proclaimed Donetsk and Luhansk People’s Republics of Ukraine.

Also, a split among the elites, unity of the opposition, coordination and mobilisation structures of the Russian government will not be happening soon. And then, according to political scientist and Russian armed forces expert Pavel Luzin,

“There is a kind of political sect that consists of some generals and other high-ranking officers around Putin and they believe in the restoration of the Russian Empire – it is a type of religion for them.This sect as well guarantee his position as Russia president.

In the early 20th century, the Russian Empire went through two revolutions linked with unpopular wars – one in 1905 after the humiliating defeat in the Russo-Japanese war of 1904-05, and another in 1917 during World War I.

After the Soviet collapse, other newly-independent republics went through a string of popular uprisings, with governments overthrown in Georgia, Armenia, and Moldova.

There were three revolutions in Kyrgyzstan and three more in Ukraine.Putin has spent a large part of the past two decades preparing himself against a so-called “colour revolution” such as the Orange Revolution of 2004 in Ukraine, which he thought to be planned from Washington.

This includes marginalising opposition figures such as the now-jailed Alexey Navalny, whose political movement has been outlawed but continues to operate and is helping organise the protests.

‘While it’s logical to expect an anti-war position from the liberal side of the Russian elite, Putin has thoroughly cleansed them over the years and keeps them on a tight leash, and they certainly won’t step forward,” Rustamova told us.

Putin, an ex-KGB officer, instead surrounded himself with security officials and installed loyalists in key positions, such as Viktor Zolotov, head of the National Guard tasked with domestic security.

But he has made sure none of these so-called siloviki, or “men of force”, gets too powerful: the Federal Security Service (FSB) and military directorate (GRU) handle intelligence, while the Federal Protection Service are the president’s bodyguards.