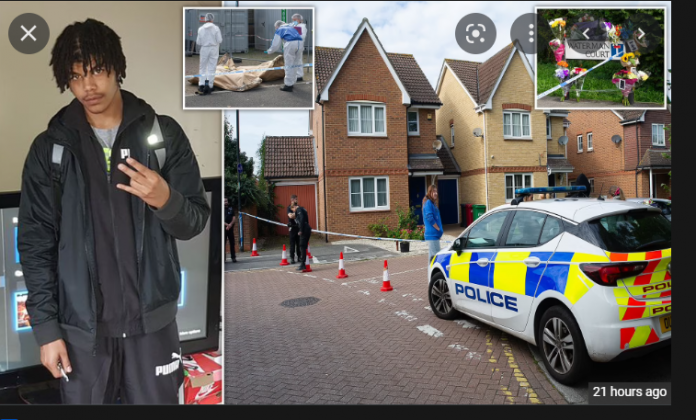 A murder investigation has been launched after a cyclist was chased down and killed by four men following a collision with a car.

Detectives say four men got out of the vehicle and pursued Kyron Lesner, 21, in Slough, Berkshire, England, before launching a fatal attack upon him at Waterman Court in Cippenham.

The group then fled the scene in the same car they arrived in- a black Volkswagen Golf – following the incident at around 8.50pm on October 2.

Police and paramedics rushed to the cyclist’s aid and made a desperate attempt to save his life.

But Lesner succumbed to his injuries and was pronounced dead at the scene.

The Police has opened a murder probe into the ‘tragic and shocking’ attack and is appealing to witnesses for further information.

‘This is a tragic and shocking incident, which has resulted in the death of a 21-year-old man. Details at this very early stage are limited, including descriptions of the offenders.

‘It is therefore incredibly important that we hear from anyone who witnessed any part of this incident. If you saw the offence itself, or if you saw a black VW Golf driving in the area prior to or after the incident, please get in touch.

‘The vehicle may well have damage as a result of the collision. We would be particularly interested in hearing from anyone who has dash-cam, CCTV or doorbell footage which could be relevant.

‘Our officers are at the scene and will remain so while our investigation continues. I appreciate that a serious incident such as this may create a lot of concern in the community, but a detailed and thorough investigation is underway and at this time there is no indication that there is any wider risk to the public.’