Emmanuel's Blog
Home News Weird News The little Albert experiment: What are some of the creepiest experiments ever... 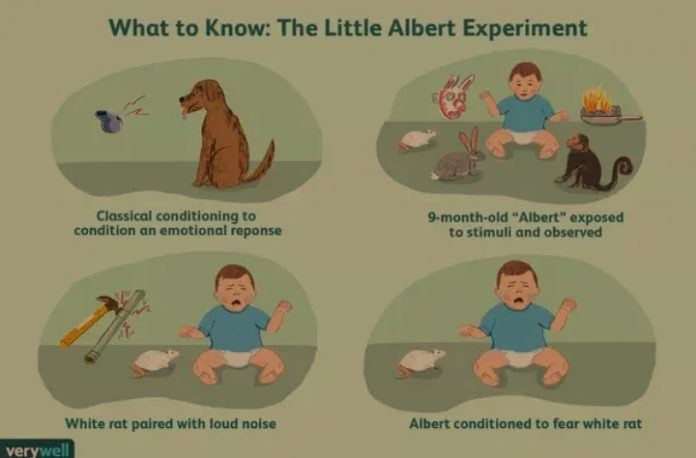 This experiment was done on a child named Albert B. He was 9 months old when John B. Watson, the famous psychologist, chose him for the experiment.

This experiment was started with white color and a bang of hammer. Watson exposed the boy with white colored rat, a rabbit, a monkey and masks etc. Initially, he showed no fear to them.

But this time, when white rat was exposed to him, he made a loud noise with a bang of hammer. On hearing this noise, naturally, the boy started crying.

He repeatedly paired the white rat with noise for 7 weeks. After this whenever the boy was exposed to white color, he, regardless of noise produced, will start crying.

This made the little boy to fear white color.He demonstrated this experiment to prove classical conditioning in humans. Yet he proved this. In this experiment different stimuli and responses were as follows;

Albert proved conditioning in humans, he started crying on seeing every white colored thing. In today’s psychology this is considered as one of the most notorious experiments.

John Watson was unable to knock the fear out of his head. Albert moved from the city. Albert (according to some) whose real name was Douglas Merritte had a bad ending, he died at the age of six on May 10, 1925 of hydrocephalus.

This experiment will be remembered in the history of psychology. A lot of debate has been done on this experiment and according to my opinion this was an unethical experiment.