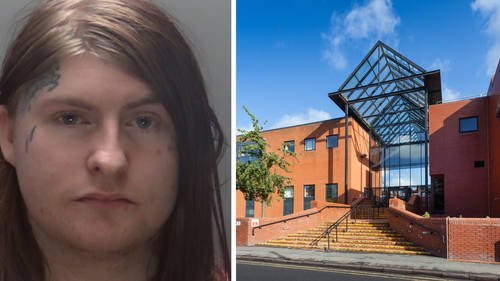 A paedophile was able to groom, sexually assault and get a 14-year-old schoolgirl pregnant after identifying as a transgender women.

David Orton, 25, who identified as Danielle Rose Gemini, was a family friend of the victim, 14, and often stayed overnight at their home.

For some time, the victim refused to believe that she was being groomed and sexually abused.

Eventually, the 14-year-old victim summoned the courage in June to provide information about her relationship with Orton and what she had been subjected to.

Investigating Officer, Detective Constable Sarah Le Boutillier said: “Orton used the victim’s vulnerability for their own gain and not only groomed the victim, but also her parents who believed Orton was a genuine friend.

“Throughout our interviews, Orton refused to accept that there was any wrong doing and that they were in fact the victim. The claims were unfounded.

“This was a complex and lengthy investigation; the initial report was made to the police more than two years ago. The victim’s parents refused to accept her initial explanations and persevered with their concerns.

“We are pleased the victim found the courage to eventually talk about what she had been through and recognised that she was a victim and that Orton’s actions were not that of a friend.”

Orton was found guilty of two counts of sexual activity with a child aged 13 to 15 and sentenced to nine years and six months in prison.

He was referred to as a male in court and has been sent to a male prison.

Schoolgirl, 15, gang raped after being ‘frogmarched’ down alleyway by two teen boys