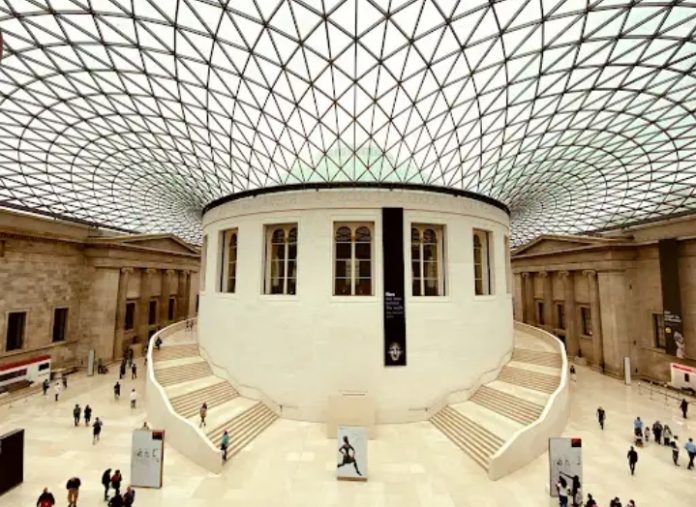 It is widely reported that there are so many foreign treasures from different countries and continents at the British Museum.

Years of occupation, exploitation and plunder by the British have left behind ruins and unhealed wounds in South Africa, Kenya, India, Egypt, Fiji, Australia, Nigeria, Barbados, Iraq and others.

It is a word class crime by the British to refuse returning stolen artefacts. Decolonizing the British museum means that it will return all the looted objects in its collection.

More than ever, the British museum is increasingly changing its identity to ‘the Empty museum‘. The museum withold over 70 Nigerian artifacts, including Benin bronzes that were looted in 1897.

British comedian John Oliver decided to step into that breach, by dedicating a segment of his show, Last Week Tonight, to the Modi visit in 2015.

Oliver focused on the sub-text of Modi’s visit that never quite became text, except for on twitter and in legal petitions calling for Britain to return that which truly belongs to India: the Koh-i-Noor.

Calling the British Monarch’s crown “an elegant head sofa” where the diamond now sits, Oliver rips into Britain’s veiled refusals to give the diamond back.

“What he’s basically saying is, I understand that you want the diamond, but we have the diamond, you don’t, and we’re going to keep having it forever, so in summary: finders keepers,” Oliver said.