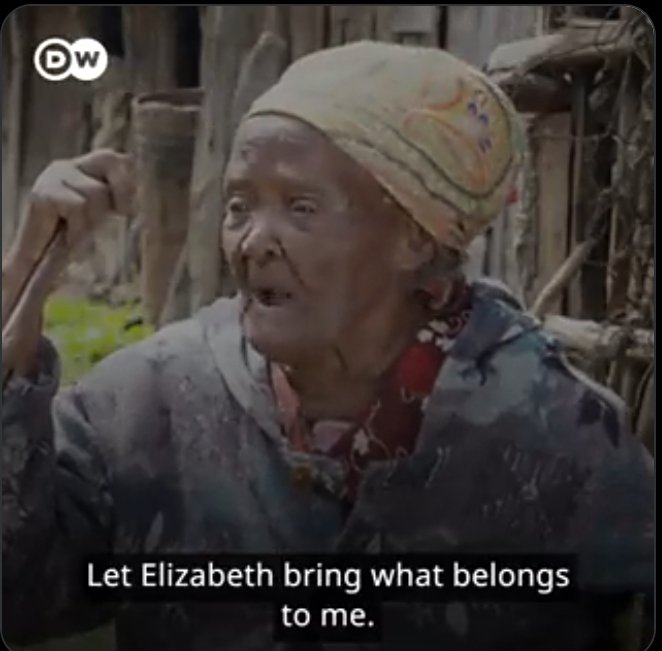 Kenyan Woman – Let Elizabeth bring what belongs to me, no middlemen in between. Let the compensation come directly to me. Let her give me a just compensation because she is the ruler.

Muthoni Mathenge, who is estimated to be in her 90s was married to a fighter in the Kenya Land and Freedom Army that was formed to resist the British colonisation.

Muthoni was axed amidst other brutal torture by British soldiers who tried to track her soldier husband.

She told the German broadcaster that she was tortured with an ax by British soldiers in 1952, amid the Mau Mau uprising which began shortly after 25-years-old Elizabeth was crowned as Queen of England.

Even the torture inflicted on her long back then are still showing on her legs till this very day. She was also forced to bury her husband killed by the British, which was another form of torture.

Consequently, Muthoni Mathenge demanded proper compensation from the Queen of England for the horrors she saw prior to Kenya’s independence in 1963, saying “Let Elizabeth bring what belongs to me”.

Queen Elizabeth failed to compensate Muthoni Mathenge before the Queen died. It is widely believed that the queen owed Muthoni a great deal of compensation.