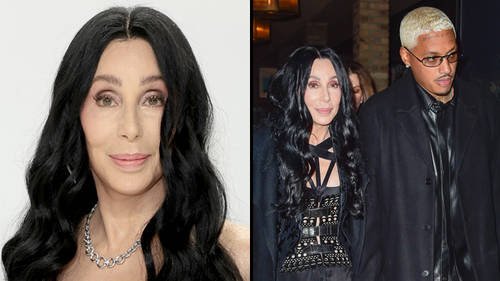 Cher has defended her relationship with boyfriend Alexander Edwards, who is 40 years younger than her.

The ‘If I Could Turn Back Time’ hitmaker, 76, and her love interest, 36, first met almost two months ago and have been spotted on numerous dates together.

Cher admitted that due to their extreme age gap, their relationship ‘looks strange on paper.’

She took to Twitter to share a picture of a shirtless Alexander, and then tweeted out: ‘On paper This Looks strange (Even 2 ME) A.E Says Love Doesn’t Know Math’.

One fan came to her defence in the replies, saying: ‘If your happy with AE, I mean truly happy, then who cares??

They were first seen holding hands at Hollywood restaurant Craig’s, before going to Cher’s Malibu home on November 3.

Cher and Alexander Edwards began dating after meeting each other at Paris Fashion Week.