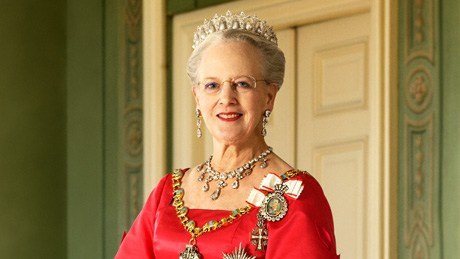 Queen Margrethe of Denmark is quite loved and adored by her own people, the people of Denmark. According to several Danish Citizens, she is down-to-earth and humble, with a great sense of humour.

Queen Margrethe may be considered eccentric for her fashion and dress sense, but it may interest you to know that she is her own designer. She has been known to design her own royal outfits, and has even designed costumes for the Royal Danish Ballet, sometime in the past.

Her list of accomplishments goes beyond just fashion designing, and further includes painting and even archaeology. The Queen has been said to have an artistic streak, and fortunately, she made the decision to embrace it.

She was listed in 2013 as one of the best dressed over the age of 50. At the age of 80, she was also considered as ‘an Unsung Style Heroine’.

Queen Margrethe is loved and respected by the people of Denmark for her creativity, sense of humour and humility. Her humility is known, not just to her people, but also to foreigners and people who are not Danish.