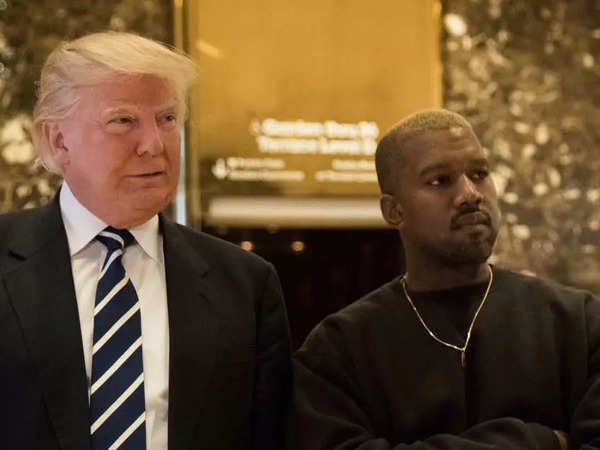 In a tweet, Kanye revealed he went to Trump’s Mar-a-Lago, where confidential documents were recently seized by the FBI.

“First time at Mar-a-Lago. Rain and traffic. Can’t believe I kept President Trump waiting. And I had on jeans. Yikes,” he wrote.

“What you guys think his response was when I asked him to be my running mate in 2024?” he added, along with two poll options: “That’s very Ye” or “That’s very nay.”

West included a poll at the bottom of the tweet with two options for what Twitter users thought Trump’s response to his proposal was:

He has this revealed that he’s teaming up with a controversial alt-right figure for his 2024 run.

Yeezy also revealed plans to release a new “Ye 24” clothing line, with each item being sold for a modest $20.

Kanye West previously ran for president in 2020, although he conceded in November of that year after garnering roughly 70,000 votes across 12 states.

Trump previously praised Ye saying, “all those great things about me on Tucker Carlson” as the rapper faced controversy over antisemitic outbursts.

Trump has not condemned the rapper and fashion designer for his recent antisemitic commentary.